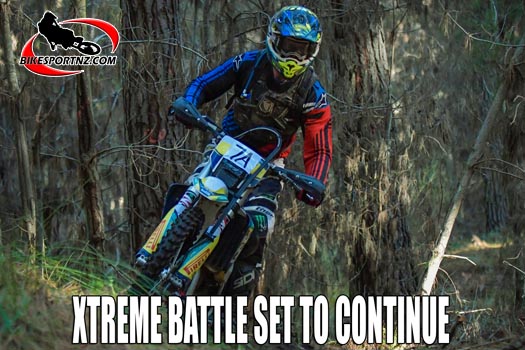 The third round of four in this year’s inaugural NZ Xtreme Off-road Championship series hits the Hawke’s Bay on November 3-4.

Hamilton’s Phil Singleton (Husqvarna FE350, pictured) had won the day at the series opener at Whangamata, in August, while round two, in the Akatarawa Forest, near Wellington, last month was won by Wainuiomata’s Jake Whitaker (KTM EXC300).

Expect these two riders, and others, to come out swinging at the Hawke’s Bay event, billed as the “Over The Top” enduro.

Whitaker finished the day in the Akatarawa Forest more than two minutes ahead of runner-up rider Dylan Yearbury (Husqvarna FX350), from Cambridge, while Singleton had to settle for third overall.

In addition to Singleton, Whitaker and Yearbury, expect to see strong performances in Hawke’s Bay too from riders such as Lower Hutt’s Ryan Scullion, Cambridge’s Beau Taylor and Whangarei’s Wayne Cox.

After Hawke’s Bay, the series continues with round four at Oxford, near Christchurch, on November 16-17.

Only two of the four rounds of the NZ Xtreme Off-road Championship are to be counted, with riders to discard their two worst scores, while double points are offered for the final round in the South Island.

Round one: August 25, Taungatara Forest, Whangamata. 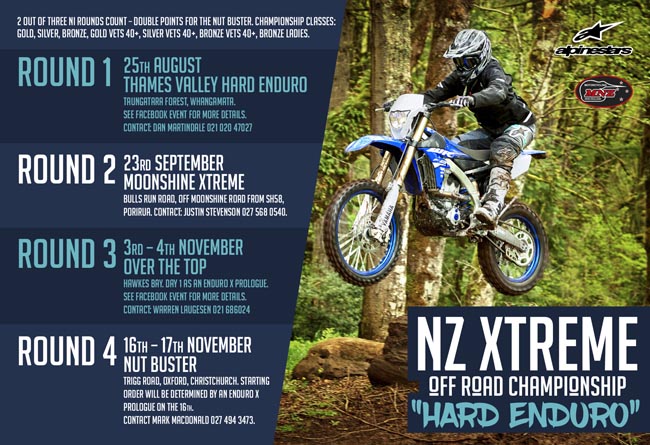