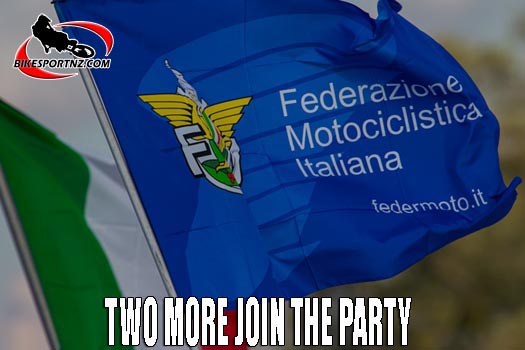 Two more countries have now joined the party for this year’s Monster Energy Motocross of Nations in the United States.

The respective teams from New Zealand, Australia, Russia, the United States, France, Germany, Belgium, The Netherlands, Ireland, South Africa, Canada, Switzerland, Brazil, Czech Republic and Peurto Rico were named some time ago – along with the teams from more than a dozen other countries – and they’ll all be racing at Red Bud, in Michigan, on October 6-7.

This week the entries came in from Great Britain, third at this event in England last year, and Italy, who were seventh at the 2017 MXoN.

Italy will have nine-time world champion Antonio Cairoli to lead the way, with Michele Cervellin and Alessandro Lupino as his team-mates at the MXoN.

Team GB this year is Tommy Searle, Ben Watson and Max Anstie, with, almost unbelievably, no room for Jake Nicholls.

Former Grand Prix regular Nicholls made his AMA Motocross debut at Red Bud in July and finished 9-13 for tenth overall in the 450cc class.

Nicholls no longer races the FIM Motocross World Championship, but he currently leads the Maxxis British Motocross Championship in the MX1 class and he also raced a round of the Canadian nationals earlier this year, where he finished third overall.

“I’m disappointed not to get the chance to represent GB in this year’s Motocross of Nations,” said Nicholls. “I’ve had a really strong year in the UK and feel like I’ve earned my spot on the team.”

But it will still be a strong British team that races in the US in October – after taking a double race win at last year’s event, Anstie has proven his ability to be a frontrunner in the MXGP class.

Anstie fended off the advances of Slovenia’s Tim Gajser and Frenchman Gautier Paulin in the MXGP/MX2 race during last year’s MXoN at Matterley Basin, near Winchester, and then batted away the probing attacks of Frenchman Romain Febvre and Dutchman Jeffery Herlings in the MXGP/Open Class race that wound up the day.

Team New Zealand this year comprises experienced MXoN campaigners Cody Cooper and Rhys Carter, who are both from Mount Maunganui, along with Christchurch’s Dylan Walsh, who will be making his MXoN debut this year.

Team New Zealand finished 17th overall in Italy in 2016, in the top half of the more than 35 countries entered, but missed the cut entirely in England last season when they failed to qualify for the 20-country main event, and they will, quite naturally, want to improve upon that when this year’s “Olympic Games of motocross” takes place.