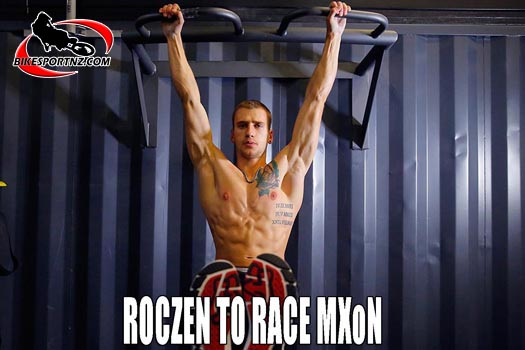 The names are starting to flood in, with several nations now confirming their squads for the 2018 Motocross of Nations weekend at Red Bud, Michigan, in the United States on October 6-7.

Team New Zealand announced their trio a fortnight ago, Team Belgium was revealed at the Belgian MXGP at Lommel last weekend, Team France named their team this week and the United States is expected to list their selection at the Unadilla round of the AMA nationals this weekend.

New Zealand named Cody Cooper, Rhys Carter and Dylan Walsh as their line-up for the MXoN, while Belgium will have Jeremy Van Horebeek, Clement Desalle and Jago Geerts waving their flag this year.

France has named Gautier Paulin, Romain Febvre and Dylan Ferrandis as their line-up, surprising in that they omitted to include Marvin Musquin.

Musquin, who was last a member of Team France in 2015 and is currently second in 450 points in AMA Nationals in the US, was not selected, despite the fact that he has been racing in the US for several seasons now and actually won overall the 450cc class at the AMA Nationals round at Red Bud in July.

As for Team Germany, Roczen’s inclusion means it will be the first time since 2013 that he will race the MXoN and he will captain the 2018 German team.

Roczen led Germany to its first MXoN victory in 2012. In 2013, Roczen went 1-2 in his class, but Germany finished seventh thanks to a lacklustre  weekend from Dennis Ullrich.

Joining Roczen will be veteran Max Nagl. Now racing for the TM factory, Nagl has struggled in the FIM Motocross World Championship this year, as he sits 12th in points, but he is a veteran of the MXoN and he was a member of the winning 2012 team.

Rounding out the team in MX2 will be Henry Jacobi. Jacobi rides for STC Racing Husqvarna in the FIM Motocross World Championship and currently sits ninth in the points.

Team South Africa have also selected their team, which is Michael Docherty, Bradley Lionett and Caleb Tennant, while Team Switzerland will be Arnaud Tonus, Jeremy Seewer and Valentin Guillod and Team Russia will be Evgeny Bobryshev, Vsevolod Brylyakov and Evgeny Mikhalov.

While The Netherlands team hasn’t been selected yet, it is expected to be MXGP world championship leader Jeffery Herlings, current MXGP No.3 Glenn Coldenhoff and Calvin Vlaanderen. Team Italy should possibly be Antonio Cairoli, Alessandro Lupino and Michele Cervellin.