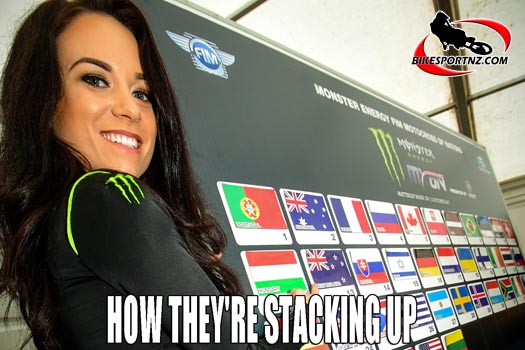 The list of entrants for this year’s Monster Energy Motocross of Nations in the United States continues to grow with each passing day.

The respective teams from New Zealand, Australia, Russia, the United States, France, Germany, Belgium, The Netherlands, Ireland, South Africa, Canada, Switzerland, Brazil, Czech Republic and Peurto Rico have been named and now it’s just a matter of them getting together – along with the teams from more than a dozen other countries – at Red Bud, in Michigan, on October 6-7, to sort out which is the best motocross country in the world.

Team New Zealand comprises experienced MXoN campaigners Cody Cooper and Rhys Carter, who are both from Mount Maunganui, along with Christchurch’s Dylan Walsh, who will be making his MXoN debut this year.

Team New Zealand finished 17th overall in Italy in 2016, in the top half of the more than 35 countries entered, but missed the cut entirely in England last season when they failed to qualify for the 20-country main event, and they will, quite naturally, want to improve upon that when this year’s “Olympic Games of motocross” takes place.