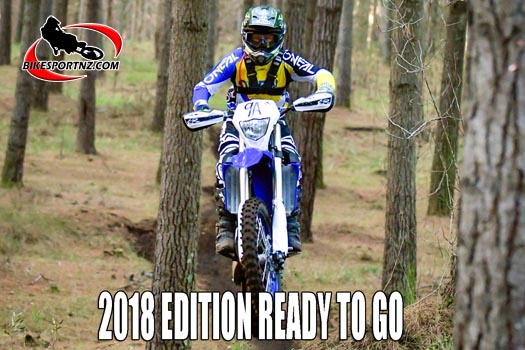 Manawatu’s Paul Whibley probably won’t be able to defend his NZXC series crown this season, but he doesn’t mind one little bit.

The series, which first came to life in 2015, was Whibley’s own creation and not something he really intended to win for himself, but rather a case of him “putting something back” into the sport he loves.

Sidelined with injury for several months now, the former Kiwi international will probably still not be ready to race when the 2018 edition of the NZXC kicks off on July 22 and he’ll be quite busy with other things anyway, ensuring the series runs smoothly.

The 40-year-old, a two-time former Grand National Cross-country Championships (GNCC) winner in the United States (in 2009 and 2012) and a record six-time winner of the parallel Off-Road Motorcycle and ATV (OMA) series, returned home keen to put something back into the sport he loves so much and so he hatched a plan to “cherry-pick from the best” events around the country and created his own cross-country series.

The NZXC series was formed by the Yamaha star in 2015, designed as a contest that would help to prepare intrepid Kiwis for their own overseas racing missions.

Riders who have taken advantage of the preparation the NZXC series can offer include Titirangi’s Callan May (pictured here), Coatesville’s Sam Greenslade, Cambridge’s Ashton Grey, Cambridge’s Callum Paterson,  Masterton’s Jacob Hyslop, Cambridge’s Beau Taylor and Tokoroa’s Nick Wightman, among others, and these individuals will be among those fancied to lead the way this season.

Howick’s Liam Draper is an NZXC series success story – he tasted glory in the NZXC series during previous years and he is currently racing the GNCC series in the US and experiencing great success there. 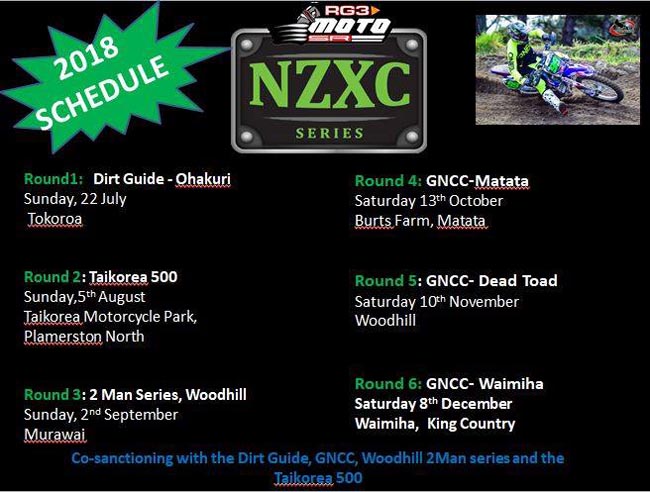