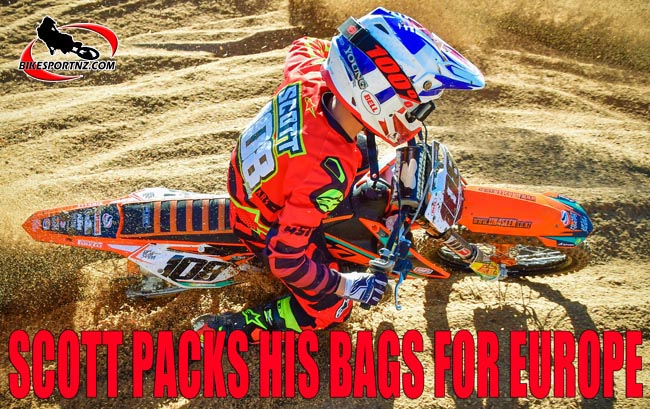 The 16-year-old Kiwi rising star will board a plane for Belgium at the end of the month, determined to again shake up the motocross scene in Europe.

Scott impressed when he last raced in Europe in 2016, competing in the European 150 Motocross Championships (EMX150), turning a few heads and obviously attracting the attention of all the right people. 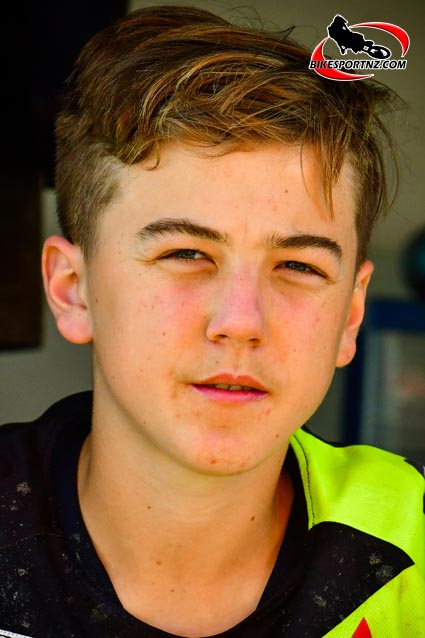 Scott has been invited to now join the Belgian-based KTM-backed FMX4Ever KTM team, becoming an integral member of what will be a three-rider line-up to contest the European 125cc Motocross Championships (EMX125) this season.

The young KTM rider had finished runner-up to Mangakino’s Maximus Purvis in the 15-16 years’ 125cc class at the 2017 New Zealand Junior Motocross Championships last April and, although injured at the start of this year, he is now well on the road to recovery and ready to race again internationally.

Scott had dominated racing on both days of the annual Auckland Motocross Championships at Tuakau last November, winning the 15-16 years’ 125cc class during junior racing on the Saturday and then stepping up to dominate again the following day, this time in the senior 125cc class.

He edged out Wairoa’s Tommy Watts to win the junior class on Saturday and overshadowed visiting Australian rider Mason Semmens and fellow international star Purvis to take the senior glory on the Sunday.

But Scott then suffered a broken arm at the New Zealand Motocross Grand Prix at Woodville in late January, ending his senior 125cc nationals campaign before it could even begin.

Purvis, Watts and Semmens went on to finish 1-2-3 respectively at the nationals, which wrapped up at Taupo last month,

Scott’s father, Matthew Scott, said January’s injury also meant his son had to skip the first two of nine rounds of the EMX125 series – in the Netherlands in March and Italy last weekend (April 7-8) – but he would be “good to go” at the following rounds.

James Scott has been working his way back to full fitness with help from Olympic BMX rider Kurt Picard, from Tauranga, and Bay of Plenty’s former motocross world champion Ben Townley, who “has been the driving force behind establishing James’ latest campaign”.

Scott will line up for his first 2018 EMX125 race at round three of the series at Kegums, in Latvia, on May 13, followed a week later by round four at Teutschenthal, in Germany.

Meanwhile, Waikato man Patrick Glidden will travel with Scott to work as his mechanic.

The EMX125 and EMX250 championships are considered a launch pad to full Grand Prix racing and shares the weekend programme with nine of the GP events.