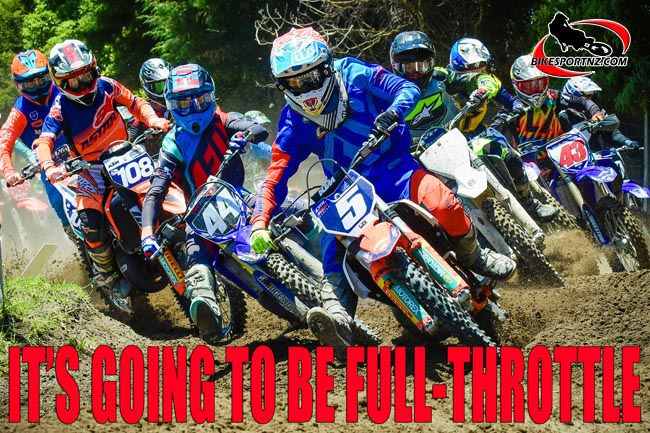 The action is sure to be intense when the New Zealand Motocross Championships kick off. Photo by Andy McGechan, BikesportNZ.com

The upcoming 2018 New Zealand Motocross Championships could be a sizzler, especially if the early indications from recent major stand-alone events can act as any kind of reliable forecast.

A motocross lull over the country during the winter months turned into a high of epic proportions at the big annual MX Fest at Taupo over the Labour Weekend break, the two-day spectacle traditionally considered the start to the Kiwi season.

This is the event where the new model bikes are aired, new teams present themselves and riders use the occasion to find out where they stand before the serious business of the national championships take their full focus in February and March.

It didn’t disappoint, with upsets aplenty, and regional championships in Waikato and Auckland followed quickly afterwards – all of these events acting as litmus tests as to where the sharp acid will be this summer.

Riders such as Mount Maunganui’s Cody Cooper, Mangakino’s Kayne Lamont, Taupo’s Brad Groombridge, Beachlands’ Blake Gillard, Takapuna’s Hamish Harwood and Te Puke’s Tyler Steiner have all shown they will be among the leading contenders for the premier MX1 crown when the four-round nationals kick off in Taranaki in February.

The 34-year-old Cooper, the reigning national MX1 champion, showed once again why he has the big No.1 emblazoned on his Honda Racing Team CRF450 bike, his riding faultless as he romped to three convincing MX1 class wins at the most recent of these pre-season blow-outs, the Auckland Motocross Championships at Tuakau, just over a week ago.

The fastest out of the starting gate each time, Kiwi international Cooper seemed barely to raise a sweat as he stretched out his advantage in front, each time eventually crossing the finish line a long way ahead of the three separate individuals who finished runner-up to him that day.

Lamont (Altherm JCR Yamaha YZ450F) had impressed when he beat Cooper in Taupo over Labour Weekend, but he was forced to bow to his arch-rival at Tuakau.

Lamont was second to Cooper in race one at Tuakau, crossing the line 26.7 seconds behind the Honda star. Lamont then crashed out of race two and his day was over.

“The bike felt really good and we now have settled on some great suspension settings. The bike feels a lot better than it did at Taupo (over Labour Weekend). It’s all coming together pretty well now,” said Cooper, who also dominated the MX1 class at the recent Waikato Motocross Championships near Te Kuiti.

“My body is feeling better now too after having a break from the sport in the early part of October. It doesn’t feel sore when I go to the gym, he laughed.

However, these pre-nationals events are perhaps for bragging rights only, as build-up continues for the “meaty” part of the season in the New Year.

Most riders will hope for top results at the big annual Summercross event at Whakatane, just after Christmas, followed by the New Zealand Motocross Grand Prix at Woodville in late January.

The nationals kick off in Taranaki on February 4, with rounds to follow in Rotorua and Hawke’s Bay, before wrapping up at Taupo on March 24. 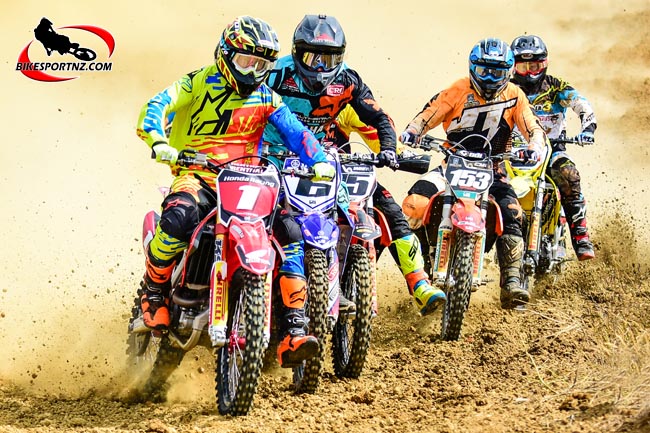