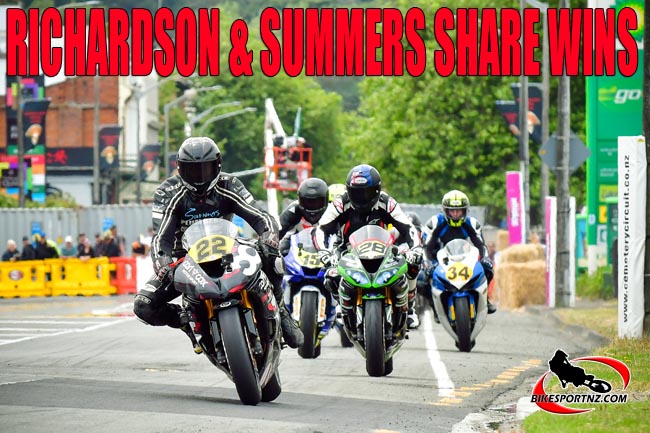 It was perhaps always meant to be and so, when Wainuiomata’s Shane Richardson wrapped up the Formula Two class at Whanganui on Boxing Day, it came as a surprise to nobody.

The Kawasaki man had been on target to win the F2 crown at the 2015 edition of the pre-nationals Suzuki Series and a favourite also to win the 600cc Supersport title at the New Zealand Superbike Championships at the start of this year, but both times he was denied by foul luck.

So, obviously long overdue for a major title win, the 22-year-old Richardson was careful not to make any mistakes this time around and he was finally rewarded with the F2 trophy at the third and final round of the 2017 Suzuki Series at Whanganui on Boxing Day Tuesday. 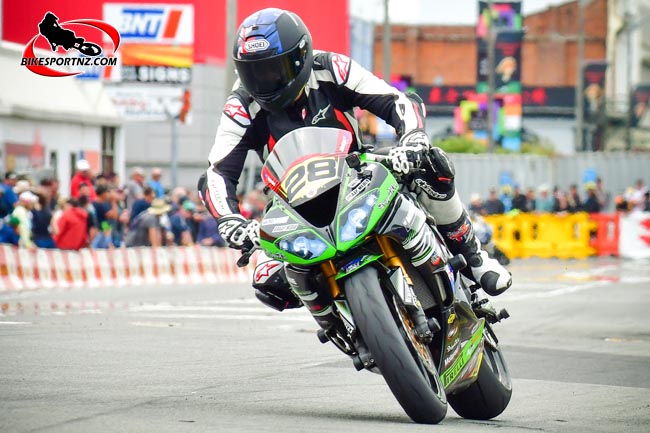 Richardson (Kawasaki ZX6R) had set himself up for eventual glory with a couple of stellar performances at the first two rounds of the series, qualifying fastest and then winning both F2 races at the series opener in Taupo on December 10 and he followed that by sharing race wins with fellow Kawasaki ace Toby Summers at round two at Manfeild a week later.

Because Manukau’s Summers had taken a tumble at Taupo, failing to score points in that fateful race, it helped Richardson compile a healthy points lead as all the riders assembled in Whanganui for Boxing Day’s final showdown.

But Richardson had been in that position before, when he held a solid points lead in the series starting the day at Whanganui in 2015 – and then he crashed – and he missed out on winning the F2 crown by just four points last year, so he knew he could take nothing for granted.

“I got a good start in the first race (on Boxing Day) and rode sensibly. I was riding fairly hard, but not pushing the envelope,” he explained.

“Then, when I had that first race in the bag, I knew I had won the title and so the pressure was off. Toby rode well to win the second race (at Whanganui) and, although I pushed him and caught up a bit, I wasn’t prepared to take any risks. I wanted to finish the series in one piece.” 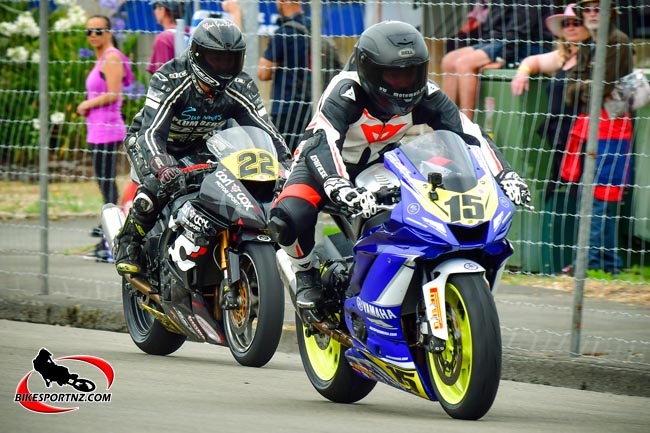 Rogan Chandler (Yamaha No.15) and Toby Summers (Kawasaki No.22) race to the flag at Whanganui on Boxing Day. Photo by Andy McGechan, BikesportNZ.com

Aside from his crash at Taupo, Summers had proven himself the equal of Richardson, scoring two wins, two runner-up finishes and a third placing in the six races, and that was enough to lift Summers to second equal in the final standings, although he was awarded the No.2 spot on count-back and this made it a Kawasaki 1-2 for the series.

It was with mixed feelings that Summers accepted runner-up spot overall.

“In a six-race series, you simply can’t afford a non-finish,” he shrugged.

“Once I sort out my starts, then I’ll be ready for the nationals,” he declared.

Meanwhile, it was an almost perfect weekend for Richardson, who took his 600cc Kawasaki to the start line for the stand-alone all-capacities Robert Holden Memorial feature race at the end of the day at Whanganui.

Richardson said he would not be contesting the New Zealand Superbike Championships in early 2018, his focus instead on racing once more in the United States, and that perhaps makes former national 1000cc superstock champion Summers a favourite to win the national 600cc title in the New Year. 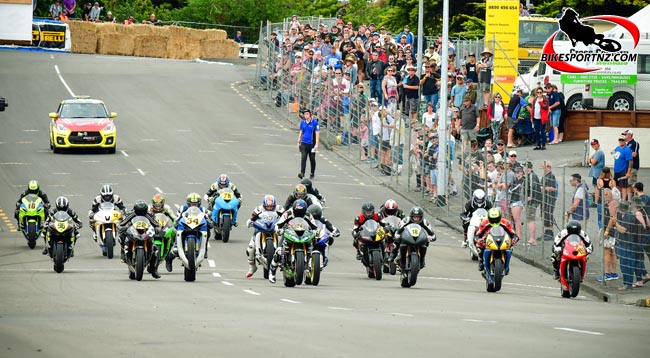 The 600cc Formula Two class gets race one underway at Whanganui on Boxing Day. Photo by Andy McGechan, BikesportNZ.com