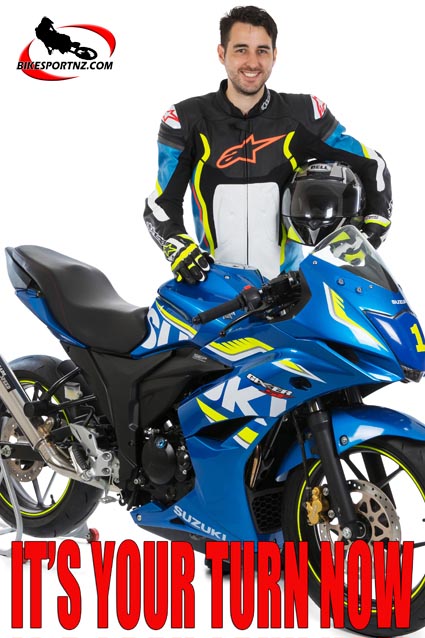 If you’ve ever wanted to go motorcycle racing at places like Manfeild, Hampton Downs, Taupo, Levels, Teretonga or Ruapuna, you now really have no excuse not to give it a go.

Starting this summer, both the pre-nationals Suzuki Tri-Series and then the 2018 New Zealand Superbike Championships that follow will include a class for “entry level” racing.

Called the GIXXER Cup – with the tagline “Growing Future Champions” – the racing involves riders hitting the race tracks on identical Suzuki GSX150F bikes, an absolutely level playing field for those starting out and on a limited budget.

If you’re between the ages of 14 and 21, then being part of New Zealand’s newest class of production racing is definitely the most exciting thing you can do this summer – and it’s also a springboard towards a successful racing future.

Fitted with Dunlop AL13 tires and a host of other hand-crafted race parts, the GSX150F is delivered complete with a rear race stand.

“Our goal was to make this class not only one of the most competitive but also inexpensive for riders,” said Suzuki New Zealand’s general manager  Simon Meade.

With a proposed eight events over the summer period, including the chance to win the inaugural GIXXER cup, there is the added opportunity to win over $5000 in Suzuki bonus money, along with further prize money in the Suzuki Tri Series.

The bikes are incredible and each one is supplied “ready to race”.

“We want to develop and encourage new riders to come through the ranks,” said Meade.

“As the tagline suggests, we are wanting to grow future champions.

“To start off with a competitive race bike, complete with leather riding suit, gloves and helmet, bike graphics and race numbers, and other goodies too, all for just $5995, is a pretty good way to get going. 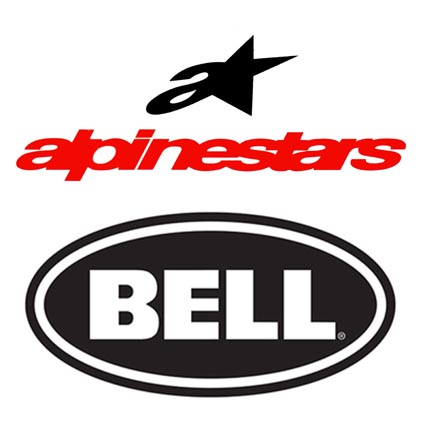 “We want to keep this class as competitive as possible, with a level playing field for all the entrants. This is where riders can gain race craft without the inherent dangers of high speed or the worries of high cost.

“This is where the future champions, the next Sloan Frosts or Daniel Mettams of New Zealand, will come from. The racing will be amazing, competition where to miss a gear could mean losing four or five places on the race track.”

With as many as 20 or 30 identical bikes on the race track at one time and so much talent in the Kiwi bike community just waiting to burst free, this summer could be very hot indeed.

You can click on Alpinestars/Bell graphic for link to products