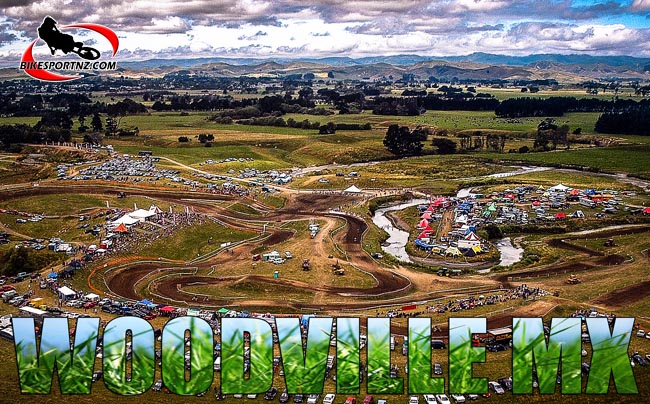 The past couple of years have been classic Aussie versus Kiwi battles, but Bay of Plenty’s Cody Cooper is determined to reclaim the top spot and win his third NZ Grand Prix motocross title this season.

The man from Mount Maunganui is the current national MX1 motocross champion and he arrives in the Manawatu on the weekend of January 28-29 as the firm favourite to win what is regarded as the biggest stand-alone event on the Kiwi racing calendar – the Honda-sponsored New Zealand Motocross Grand Prix at Woodville. 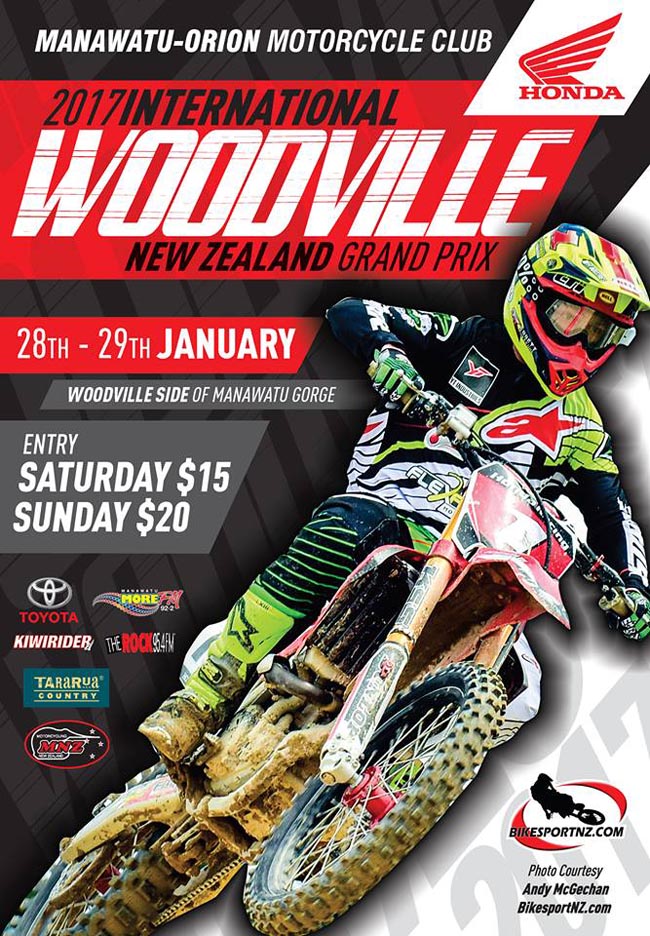 He has won there twice before – the first time in 2007 and then seven years later in 2014 – and he would like nothing better than to win once more and become a rare three-time winner of the iconic Woodville event when he lines up at this season’s 56th annual running.

But that is easier said than done and Cooper was denied that honour last year for a second consecutive season, deprived both times by Australian visitors.

Cooper was stopped in 2015 by Australian Kirk Gibbs and in 2016 it was another Australian, New South Welshman Dean Ferris, who rose up to claim the main trophy on debut at Woodville.

Cooper had lived up to his star billing when he again won the MX1 class at Woodville last year, but it was a case of Cooper winning the battles but losing the war, with Ferris leading from start to finish in the gruelling Invitation Feature Race and becoming the 28th different main event winner at Woodville since the inaugural running in 1961.

Cooper won the MX1 class last year with a 1-2-2 score-card, finishing the day four points ahead of Ferris, and Otago’s just-turned 20-year-old Courtney Duncan stunned the testosterone-fuelled MX2 (250cc) class to snatch that class win with an outstanding 1-3-2 score-line, while Feilding’s Tony Cvitanovich did enough in finishing 4-4-3 to be crowned 125cc class champion at Woodville last year.

Not only did 15-year-old Cvitanovich win the 125cc class, but he was also rewarded with the Roddy Shirriffs Memorial Trophy as the highest-placed senior 125cc class rider under the age of 22.

The winner of the spectacular river race class was Palmerston North’s James Galpin.

The founder of the iconic event 56 years ago, Palmerston North’s Tim Gibbes, has expressed enthusiasm that the Woodville motocross would live on forever.

“I’m not surprised that it’s still a major event. I remember back in the beginnings when we had 5000 tickets printed but the call came back from the entrance gate at one o’clock in the afternoon that they’d sold out. The crowds just kept coming,” said the now 83-year-old former world championship rider.

“I’m very proud of this event but it’s not all about me … there has been a lot of work done by a lot of people over the years to make this a continuing success,” said Gibbes, who had also twice won his own Woodville event in the past (in 1962 and 1964).

“When this first became an international event, nobody in New Zealand knew what motocross was.”

They certainly know all about it now and Cooper will again have some huge heavy-hitters lining up against him this year.

It is interesting to note that, while plenty of international visitors have won the event in the past, Kiwi riders are world class too and it is home-grown New Zealand riders who have dominated over the years.

When Queenslander Gibbs won the main trophy at Woodville in 2015, it was only after a massive battle with Cooper and, in winning that feature race, Gibbs became the first non-Kiwi in 25 years to claim the coveted New Zealand GP crown, with Ferris backing him up to claim another Aussie win last year. American Willie Surratt won there in 1989 and that was the previous time that a non-Kiwi had won at Woodville.

Kirk Gibbs will not be back this year, but Ferris will again be crossing the Tasman and, with his recent Australian MX1 championship win, he should be expected to feature, along with fellow Australians Todd Waters, Jed Beaton, Luke Styke, Cody Dyce, Morgan Fogarty and Wilson Todd and brothers Adam and Noah Smerdon, to name a few.

Racing over the two days at Woodville caters for minis, juniors, women, veterans and seniors, with the novelty river race on Sunday always a crowd-pleaser.