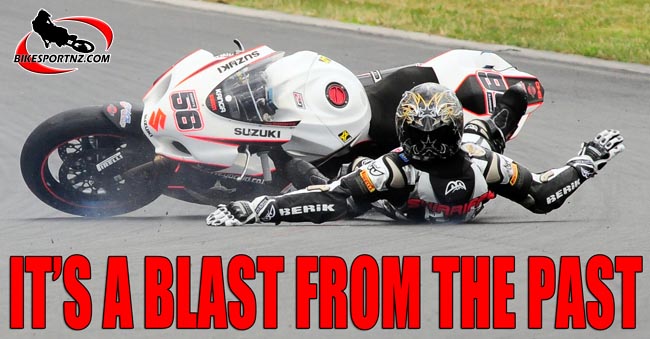 Today we thought we’d again take a short trip back in time to feature a couple of classic snaps from the BikesportNZ.com archive.

The main photo above shows road-racing legend Craig Shirriffs. Although now retired from racing, he was spotted recently at Manfeild, a track in his own back-yard, giving a helping hand to riders at the Suzuki Series round there. 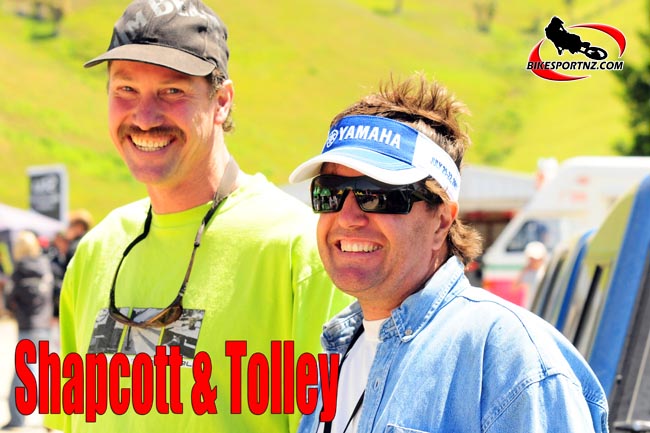 A few of you may be scratching your heads with the other photos we’re featuring here, shots of a couple of motocross greats from New Zealand’s recent past.

The man on the left in this first photo is well-known for his exploits on his Kawasaki KX250, especially around Hawke’s Bay – it’s Wayne Shapcott, of course – and the other rider was a top national 125cc class rider in New Zealand in the 1980s, until he left to live in the United States. He has since re-settled back in New Zealand. This man is Cliff Tolley.

His friend Shapcott was a local identity of the Hawke’s Bay motocross scene in the 1980s. Shapcott’s main claim to fame was winning the open class in the popular West Coast Winter Motocross Series in 1982, finishing ahead of former national motocross champion Greg Brinck.

Napier’s Shapcott was a multi-time 125cc class winner at the Hawke’s Bay Championships and also excelled in local cross-country races.

A married father of four boys, Shapcott was unable to continue his motocross career once he started working as a commercial deep sea fisherman. He spent 22 years working at sea before settling back with a land-based job. He celebrated his 57th birthday this week.

The other photo we’ve shown here is former Canterbury man Warren Timpson, now living in Australia. He was hired as a motorcycle stunt man in the 1982 Hollywood film “Battletruck”. 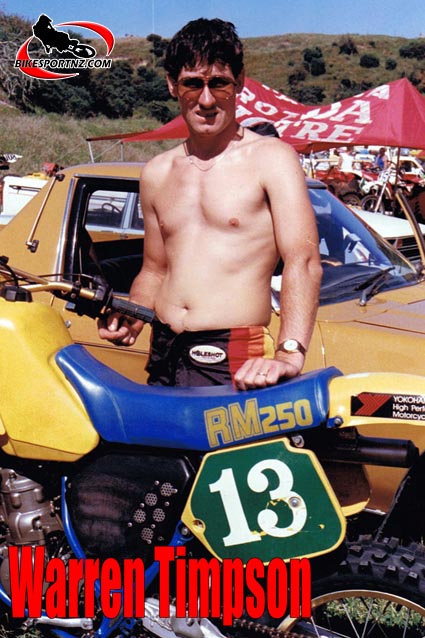 Timpson is married with three adult daughters and, once he’d hung up his motocross boots, he tried his hand at mountainbiking, finishing as high as World No.6 in the masters’ class (for riders aged 30-40 years) in Cairns in 1996.

As a bonus, we dug out this teaser clip for the film Battletruck, where we can see Timpson in action on the motocross bike: