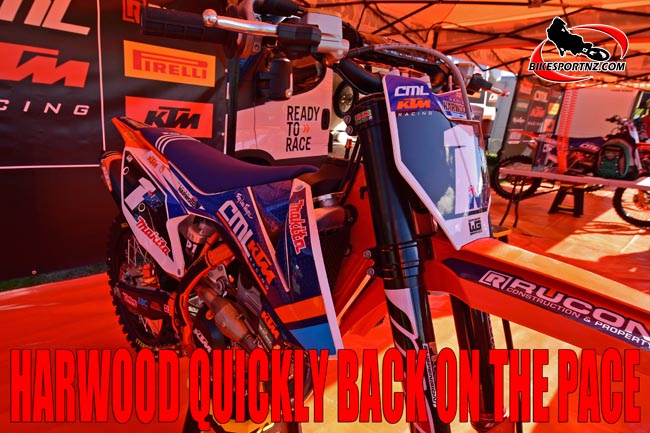 Takaka’s Hamish Harwood would be the first to tell you he’s a long way short of being fully fit, but he was still good enough to “get the job done” at the Auckland Motocross Championships at the weekend.

On the comeback from injury sustained while representing New Zealand at the Motocross of Nations in Italy in September, the 21-year-old CML KTM Racing Team rider tackled two separate classes and dominated them both. 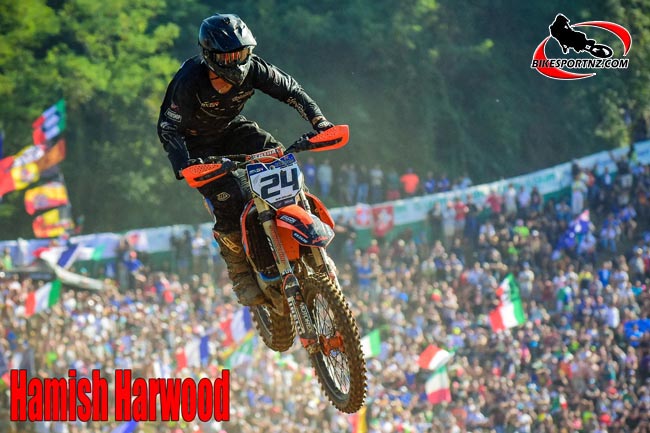 Hamish Harwood, in action for Team New Zealand at the 2016 Motocross of Nations in Italy. Photo by Andy McGechan, BikesportNZ.com

Now based in Takapuna, Auckland, Harwood celebrated a clean sweep of wins in the MX2 (250cc) class and then backed that up by scoring a hat-trick in the 125cc class as well.

“This was my first ride back since injuring my shoulder and it was quite a serious injury,” said Harwood.

“I have only been back on the bike a handful of times, so my fitness is still not very good, but I decided to race two classes anyway, acting as a fill-in rider for Hayden Smith (of Taihape) in the 125cc class.

“I’m feeling pretty confident because I was surprised at my results, considering I’ve been off now for two months. I wasn’t expecting too much to be honest.”

The next major event for Harwood is to tackle the big annual Whakatane Summercross, just after Christmas, and then the New Zealand Motocross Grand Prix at Woodville in January, before the four-round nationals kick off near Timaru on February 5.