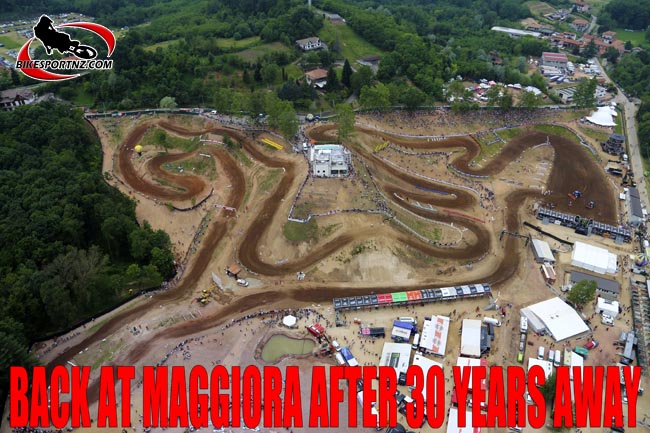 The 2016 Motocross of Nations this weekend will be staged at the steep and spectacular circuit of Maggiora, in Italy, and it’s an historic occasion.

This year will be the 30-year anniversary of the last time it was hosted at this circuit, in September 1986, and that day was one of  the greatest in MXoN history.

The man responsible for organising the event in 1986 was none other than current Youthstream boss Giuseppe Luongo and Team USA dominated the European-based GP riders that day like never before.

“It was a special race for me for sure,” Luongo said. “To be involved in that event, just as a motocross fan was really special, but to actually promote the race and be able to enjoy the success of that event, which makes it one of the highlights in my career in motocross. Every year I return to Maggiora it gives me a special feeling and one of high emotion.”

For the American riders of 1986 – David Bailey, Ricky Johnson and Johnny O’Mara – that little circuit in the countryside in Italy will always remain an important part of their respective careers. 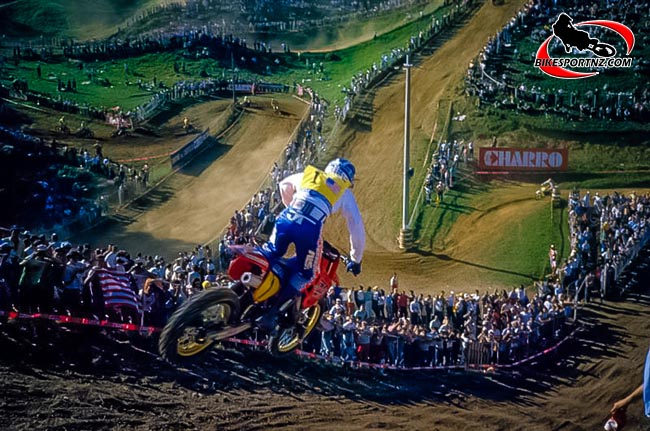 “Maggiora is a special place,” Bailey said, many years after his double-race MXoN victory there.

“Team USA were at the peak of their domination and on that day, and it was a really beautiful day. We showed just how good we were as riders. For me it was the last major event before my (career-ending back) injury and it will always hold a special place in my career.”

His team-mate that day, Johnson, also recalls the occasion.

“The atmosphere of the 1986 race was simply amazing,” said Johnson.

“When we (the Team USA riders) got out in front, the Italian fans cheered us on. Everything about that day was so amazing – from the opening ceremonies to the race to the trophy presentation, everything was first class. They treated us like celebrities. The track itself has more elevation changes that any track I’ve ever ridden on – the hills are so steep. The track was perfect – no mud, very little dust – it was so much fun to race on.”

“You don’t realise how lucky you are to be involved in these types of races. For me personally, it was a day that everyone just clicked, one of those days when nothing can go wrong. I have a lot of respect for Giuseppe Luongo for the effort he put into this race and all the Motocross of Nations events since.” 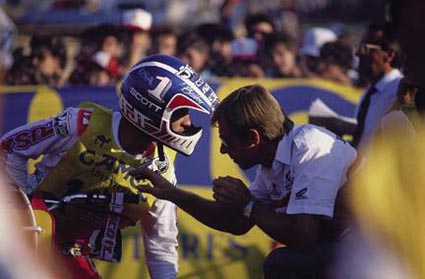 For many young American riders this was a race that made them want to represent their country.

For many fans around the world, the MXoN at Maggiora meant more than just a single race, it was an event that created interest in not only the Motocross of Nations, but also about the FIM World Motocross Championships.

Multi-world motocross champion Eric Geboers, of Belgium, was the original “Mr 875”, the first rider ever to win world championships in all three classes at that time  – 125cc, 250cc, and 500cc – and he also has fond memories of Maggiora.

“I can always remember Maggiora as one of those special tracks,” he said. “It was a place we practiced at as much as we raced and it was always looked after and maintained by a solid little club.

“The heat was usually a factor there but the best thing was the high technical level of the track. Those big and long up-hills and a layout that was very challenging. It felt like a pleasure to be there.

“There were quite a few races, but the Motocross of Nations in 1986 sticks out. I was riding a 250cc bike at the time when the 125, 250 and 500s were mixed and I thought I was pretty handy on that factory machine.

“We had actually been preparing and thinking about that race for quite a while, but one of my strongest memories from that weekend was being totally smoked by Johnny O’Mara on a 125! I can still see him now passing Dave Thorpe (the just-crowned 500cc world champion on his 500cc Honda) on the uphill – it was something very cool.”