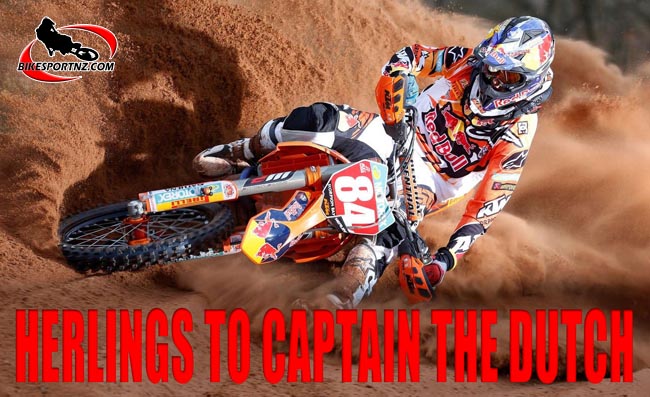 Jeffrey Herlings will lead the Dutch at the Motocross of Nations in Italy next month.

He will race the Open Class for the first time at this event, a prelude to the MXGP campaign he’ll mount in the world championships next year.

He will be joined in the Dutch squad by Glenn Coldenhoff (MXGP) and Brian Bogers (MX2).

Meanwhile, Lithuania, Slovenia and Spain have also picked their riders for the MXoN.

The MX2 rider that has been selected is Jan Pancar who has been riding the EMX125 championship this year, he will step up to the 250 machine for the nations. Jernej Irt will race in the open class for Slovenia.

Spain has decided on two of their riders for the MXoN. Jose Butron will race the MX1 class on his Marchetti KTM. Iker Larranaga who has been impressive in his rookie MX2 World Championship season will race the MX2 class for Spain. Spain has yet to decide on an open class rider but it is between Jorge Prado, Ander Valentin and Jorge Zaragoza if he can recover from his injury.

New Suzuki MXGP kid on the block, Arminas Jasikonis, will also get to represent Lithuania at the MXoN. He will race the open class. Vytautas Bucas will ride the MXGP class with Dovydas Karka the MX2 rider.