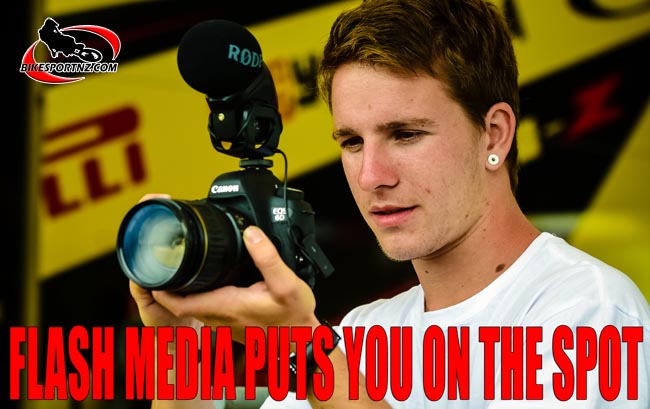 Tristan Tolley, of Flash Media fame, along with a team of helpers, produced this little segment for the MC2 Racing Suzuki Team.

Go behind the scenes with the MC2 Suzuki Racing Team and Todd Waters.

In finishing with a 2-2-3 score-card at round three of the New Zealand Motocross Championships near Rotorua on Sunday, former world championship Grand Prix star Waters strengthened his position at second in the MX1 championship standings.

The fourth and final round is at Taupo this weekend and Waters will be intent on catching championship leader Cody Cooper and holding off the challenge from fellow Australian rider Dean Ferris. It’ll be a cracker.