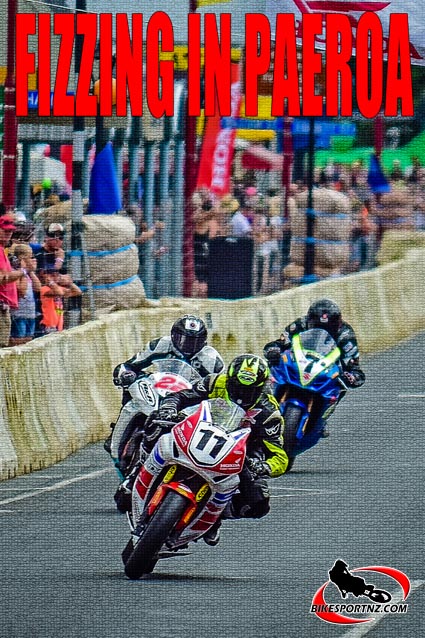 Bay of Plenty’s Tony Rees has done it again.

The Whakatane man first won the premier title at the Honda Battle of the Streets event at Paeroa more than 20 years ago, and, at age 46, he celebrated his eighth big win there when he clinched the trophy at the 23rd annual running of the iconic event in 2014 – the event skipped a beat last year when persistent rain forced the organisers to abandon the day, the first time that had been done in the entire history of the event.

But now, at age 48, the Honda star has made it win No.9, the most wins by any one rider at the popular annual event.

To add icing to the cake, Rees broke the lap record for Paeroa, racing around the fabled hacksaw-shaped circuit in a time of 44.427 seconds.

Under brilliant blue skies, Rees won took his Honda CBR1000RR to win the first of two Formula One races on Sunday and then backed that up with a start-to-finish win in the 10-lap King of the Streets feature race as well, making it an historic ninth time he’s won the Honda-sponsored event’s signature race. He came unstuck in the second of two Formula One races, forced to withdraw when arm cramps became too difficult and painful to bear, thus handing the outright class win instead to Taupo’s Scotty Moir (Suzuki GSX-R1000), who managed a 3-1 score-card, but Rees was still the hero of the day in winning the all-important feature race.

“I was getting cramp in my hands before the start of the second Formula One race,” Rees explained.

“My hands simply locked up.

“I didn’t get a great night’s sleep last night and maybe my diet hasn’t been the best, contributing to the cramps, but hat’s off to Scotty (Moir), who rode brilliantly today.

“I nearly crashed three times in that second F1 race and, in the end, I decided it wasn’t worth dying for.

“I’ve never had that happen before. The bike would have won today, but the rider couldn’t,” he shrugged.

“It would have been nice to get three wins from three starts, but I’ll settle for two and one of those wins being in the feature race was good too.

“I think I had the measure of Scotty and my lap time of 44.5 seconds was the fastest I’ve ever been around here.”

Rees now looks ahead to the fourth and final round of the New Zealand Superbike Championships, at Hampton Downs, near Meremere, on March 5-6.