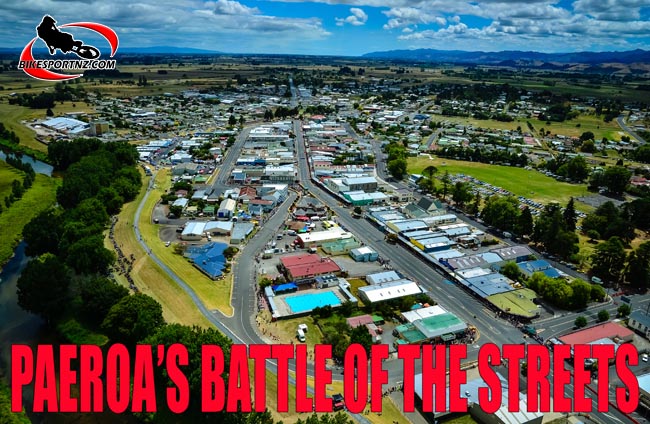 February 21, 2016, will be a special time for the big annual Battle of the Streets in Paeroa – it will be the 25th anniversary of the great race.

The third Sunday in February is a day many across the country relate with “Paeroa”, a public street race first held as “Thunder On The Plains” on Sunday, February 23, 1992.

Spawned from the fertile minds of Bob Jeffery, Colin Lynch and Sharland Waikato, the event was created to provide an economic and social boost to Paeroa and the surrounding districts; a small community facing similar issues to many typical rural communities throughout New Zealand.

On the back of an idea, Paeroa Promotions Trust was formed and registered as a charitable trust; and the long journey began.

Early discovery by the Trust highlighted two key issues to address, in order for the event to proceed.

The first was harnessing enough volunteers to cater to all the logistical requirements, and the second was to secure the necessary expertise to conduct the actual race meeting.

The former was resolved by the local community. Clubs, groups and organisations in the immediate area were approached with a proposal to provide the required volunteer manpower, in return for a share of the profits the event would generate.

It was a positive and successful initiative, and over the 24 years of the event to date, roughly $650,000 has been donated back to local organisations by the Paeroa Promotions Trust.

The latter was resolved with an approach to Auckland Motorcycle Club who have, since year one, been enthusiastic supporters of the event, and have provided the required administrative and technical resource, and flag marshals, to support the operational requirements of running the actual meeting on-the-day.

The Paeroa Street race is now the largest sporting fixture in the Thames Valley, and one of the largest motor sport meetings in New Zealand.

The cream of New Zealand’s road-race talent continue to be drawn to this very fast road circuit, joined regularly by curious internationals keen to test themselves against each other, and a set of skills that is somewhat different from those required to be successful on a traditional race circuit.

At 1.52 km in length, the lap happens very quickly; not surprising when speeds in excess of 240km/h are achieved along the main straight. But that is the challenge of Paeroa.

Commonly referred to as the “hacksaw” – the nickname the circuit assumed due to the shape of the course (seen in the aerial photo above) – Paeroa is now an iconic feature on the New Zealand motorsport landscape.

There are few countries in the world where such an event is possible, and New Zealand is fortunate to retain it. 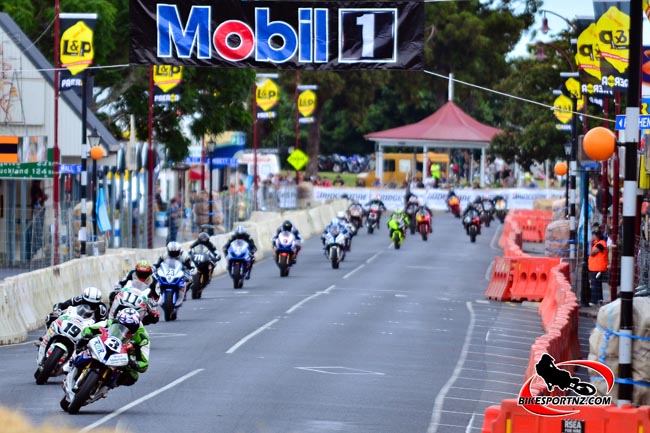