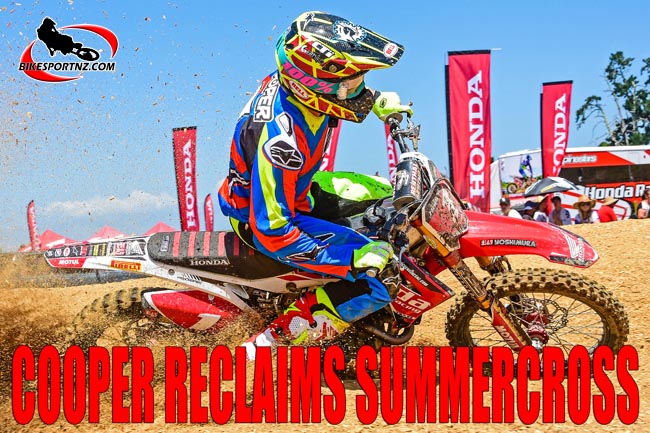 Summer has only just started to warm up, but already Bay of Plenty’s Cody Cooper is very hot indeed.

The 32-year-old New Zealand MX1 class motocross champion from Mount Maunganui took his Honda racing Team CRF450 to its third major win of the season on Monday when he won the premier MX1 class at the 44th annual Honda Summercross near Whakatane.

“I was still recovering from injury when I raced here last year and (former flat-mate and former team-mate) Rhys Carter won it instead. I was not at my best at this time last year,” said Cooper.

However, while Kiwi international Cooper did manage to reclaim the coveted Honda Summercross trophy, he did have his work cut out to win on Monday and again it was Carter who caused him the biggest problem –Cooper eventually winning the day by just two points from Carter (3Twenty3 Racing Suzuki RM-Z450).

Cooper sounded a stern warning that he meant business when he won both the opening two MX1 class races, but then he struck trouble in the third of his five races, crashing his bike.

He fought back through the field to wind up third, behind Taupo’s Brad Groombridge (MC2 Racing Suzuki RM-Z450) and Carter, salvaging points that would eventually prove vital later on.

Cooper finished runner-up to Carter in the next race and so it was all-on for the fifth and final confrontation, with just 14 points between them and 55 points offered for a win.

A collision between the two soon after the start saw Cooper tumble from his bike and Carter roar away. Cooper eventually remounted and re-started his bike and the chase was on, Cooper managing to claw his way back to finish fourth, just enough to earn him the outright win.

“I could only do what I could do,” shrugged Cooper afterwards. “I took ages to get the bike going because, in the heat of the moment, I was trying to start it in gear. I took quite a while to get going but then I just put my head down and went hard-out.

“It was good that I fought back to fourth position in that race. It doesn’t matter in the end how much you win the day by, just that you do enough to get the job done.

“I’ve got a whole month now before the start of the nationals and the defence of my New Zealand MX1 title. I’ll be stronger and faster by then,” he warned.

Cooper’s junior team-mate Trent Collins, of Cambridge, was impressive also in winning both the 250cc 12-17 years’ junior class on Sunday (ahead of Nelson’s Reece Walker, Yamaha) and then backing up to win the Youth MX grade (ahead of Taupo’s Wyatt Chase, Yamaha) on Monday as well.

In all, Collins (Honda CRF250) won four of the six races he contested and finished runner-up in the other two. 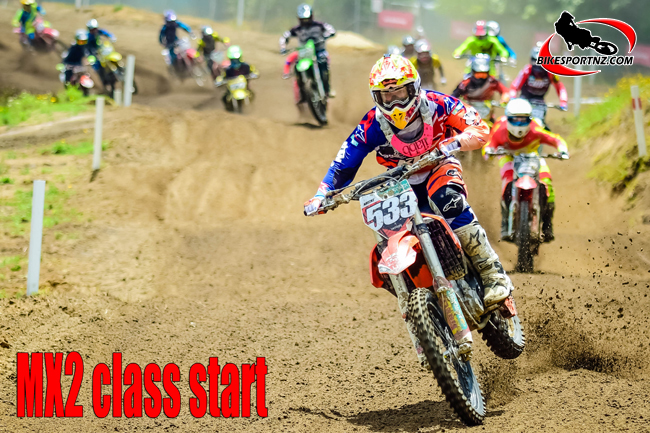 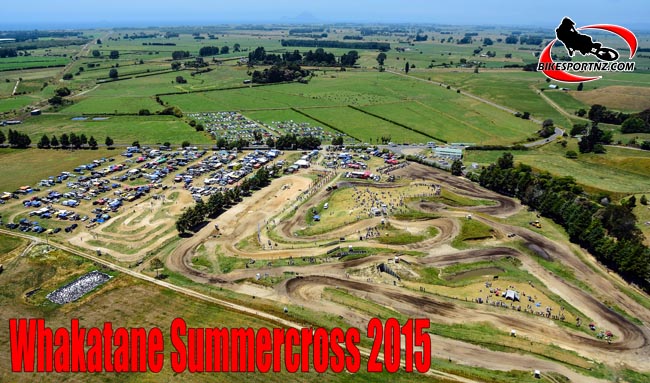 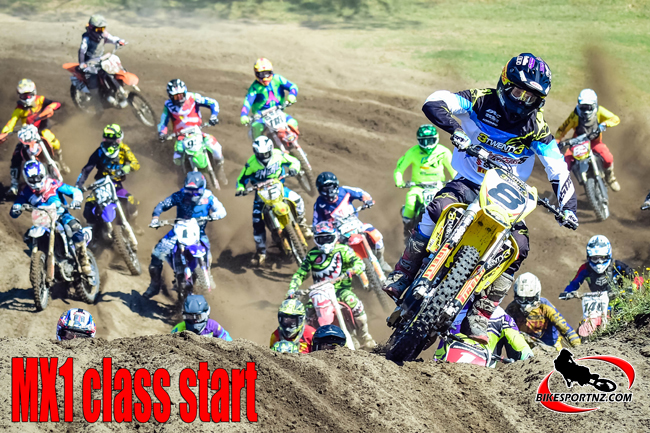