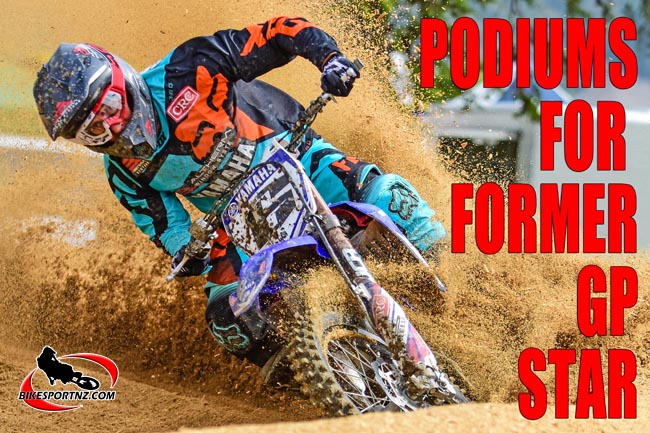 An infrequent racer these days, former motocross Grand Prix star Josh Coppins was thrilled to discover he was still capable of winning a podium spot.

The 38-year-old from Motueka signed off on his brief fill-in racing role with the high-profile Altherm JCR Yamaha Racing Team at the weekend with podium finishes in two separate classes at the 44th annual Whakatane Summercross.

Coppins finished third overall in the premier MX1 (open) class and, not surprisingly, comfortably won overall in the veterans’ 35-44 years’ class as well.

“I rode the vets’ class as well as the MX1 class because I thought the extra time on the bike would be useful. I feel now like I’m really starting to get my conditioning and form back.

“But this was my last fill-in race for the team and now I’ll be concentrating on helping riders Dean Ferris, Kayne Lamont and Courtney Duncan ahead of their respective campaigns,” said Coppins, who reverts to his usual role as Altherm JCR Yamaha Racing Team manager.

“I crashed in my third MX1 class race and that cost me in the overall points count-up, but I am still pleased that I could still put the bike on the podium.

“I knew Cody Cooper and Rhys Carter would be fast here today and I would have liked to have finished a step or two closer to the top, but so be it.

“The last time I raced here was back in 2011, so I did okay to still be a contender today.”

Coppins compiled a 2-2-4-3-3 score-card over his five races in the MX1 class and was unbeaten in all three of his veterans’ 35-44 years’ class outings. 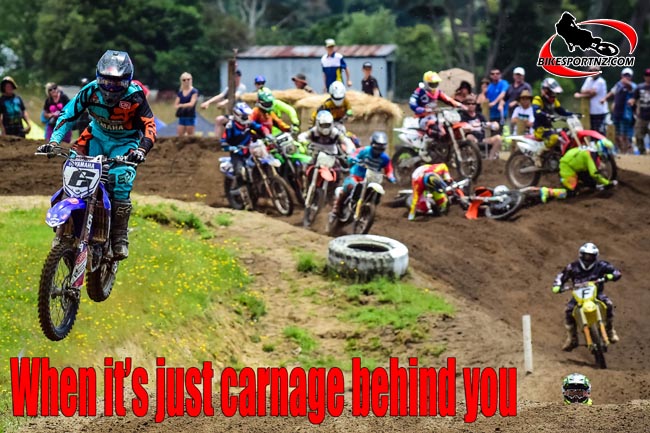