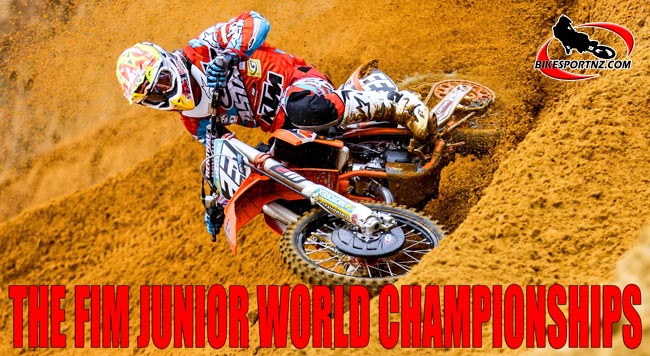 The South Pacific will be well represented when more than 100 of the world’s fastest young riders on the planet from more than 31 nations will showcase their talent on an international scale as they go handlebar-to-handlebar for FIM Junior Motocross World Championship glory this weekend.

One Kiwi and six Australian riders will be at El Molar, Spain, a small community only 39km north of the Spanish capital Madrid.

Three titles will be won this weekend, two riders will be crowned world champion in the 125cc and 85cc classes and one rider will be crowned 65cc European Open winner. All three champions will receive a Scott voltage mountain bike courtesy of event sponsor Scott Sports. 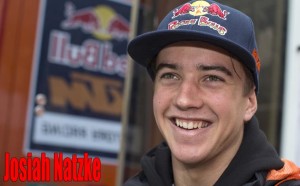 While New Zealand will have only Hamilton’s Josiah Natzke as its sole representative in Spain this weekend, near-neighbour Australia has a squad of six riders to fly their flag.

The half-dozen young Aussies will compete across two classes (125cc and 85cc) under the guidance of team manager Glenn MacDonald, who is in his third year in the position.

The 125cc ranks will feature Australians Caleb Grothues, Hunter Lawrence and Cooper Pozniak, while, in the 85cc division, Rhys Budd, Regan Duffy and Bailey Malkiewicz will do battle.

The 125cc class is more or less the last step for a young rider before entering the premier amateur class, European Championship EMX250, or the elite FIM Motocross World Championship MX2.

Some of the hottest prospects for the world title this year are, of course, the KTM Factory Juniors squad of Spanish sensation Jorge Prado Garcia, his KTM team-mate Natzke and the former Junior 85cc World Champion from Great Britain, Conrad Mewse.

Natzke and Prado are respectively second and third in the European Championship EMX125 class while leading that championship is Kemea Yamaha Yamalube’s young French star Maxime Reneaux, who is also a solid bet for the FIM Junior Motocross World Championship gold plate.

Forty screaming 85cc bikes took over Latvia last weekend for the final of the European Championship EMX85 which gave us a little insight on what to look forward to this weekend.

First of all, HSF Logistics Motorsport Team’s Raivo Dankers is definitely a good call for the win.

Dankers won in both wet and dry conditions last weekend to claim his second European Championship title. If anyone was going to be up for the challenge though, it would have been Denmark’s Mikkel Haarup.

Haarup won the final moto in the JWC 85cc last year and was extremely fired up for this weekend after struggling to stay on his bike in the mud of Latvia but unfortunately, news struck this morning that the Dane crashed in practice yesterday and broke his shoulder.

Brian Van Der Klij and Bastian Boegh Damm made the class greener when they landed their Kawasaki machines on the second and third steps on the podium in the EMX85 final last weekend, while Rick Elzinger was also mega fast, but struggled in the mud, luckily this weekend the weather forecast shows no sign of rain.

Wrapping up some of the familiar names in the 85cc class, the Honda European Championship EMX150 red plate holder Emil Weckman will throw a bit of oil in his unleaded petrol this weekend so he can take on the world.

These little guys are all legends!

They are riding bikes that weigh more than they do on tracks made for people triple their age. The two riders that stand out are Kay Karrsemakers and Martin Venhoda after their impressive rides last weekend. Meanwhile it will also be cool to see how Liam Everts, the son of 10-time motocross world champion Stefan Everts, makes in his world stage debut.