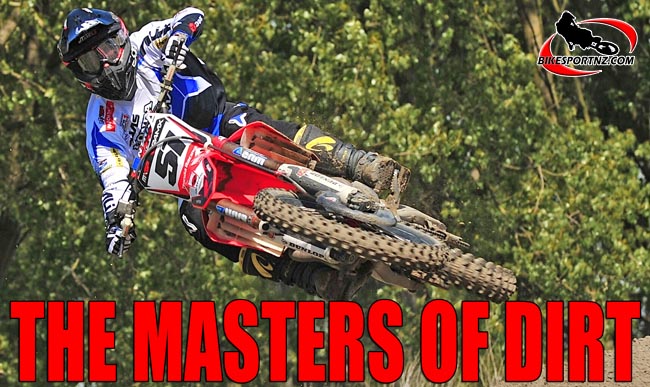 Last summer 24MX Honda’s friends at Royal Hills invited Jens Getteman over for a week of riding and filming with the Masters of Dirt crew.

The current Honda-Jtech rider was the only MXGP rider of the group but he had an unforgettable time and made lots of new friends!

Masters of Dirt is a popular multidisciplinary team of action sports heroes who show their stuff in live shows, photo and video and they wanted to share it with their friends at BikesportNZ.com.

While it takes a bit of getting used to not seeing Jens Getteman on his usual Honda-Jtech CRF250R both the action and quality of the video are world-class! Jens was mixing it up in France with ace FMX riders like Ales Rosman, Remi Bizouard, David Rinaldo, Kai Haase and the late Kevin Ferrari. The edit also features BMX, Dirt and lots of fun.

The contrast between last weekend’s hard work in the rough sand of Valkenswaard -where Getteman finished 9th in the MX2 GP- and the sunny setting of Royal Hills couldn’t be any bigger. However this video is a must-see for any MX, FMX or action sports fan… And it was definitely worth waiting for!

24MX Honda Racing is a FIM MXGP Motocross World Championship team from Belgium. The team is owned by Steven Lettani and officially supported by Honda Europe.

In 2009 the team claimed bronze in the MX1 World Championship and MX of Nations, overall they won 3 MX1 Grand Prix victories, 5 moto wins, scored podium finishes in MX1/MX2/MX3 and WMX and took 3 poles.