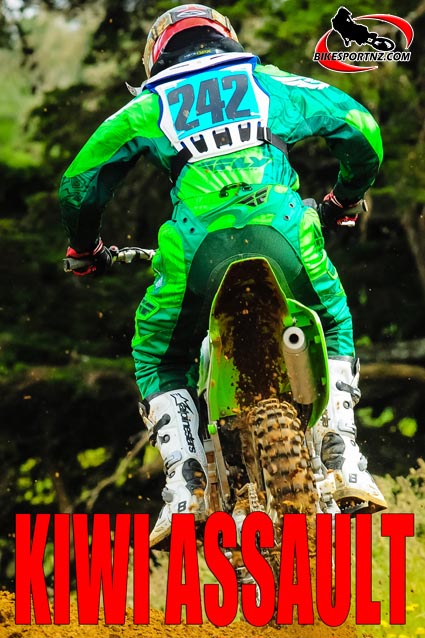 Bay of Plenty’s John Phillips has become pretty hot property over the past few months.

The 22-year-old Rotorua man’s debut this season in the 450cc MX1 class at the New Zealand Motocross Championships reaped immediate rewards as he rocketed straight onto the podium at the series’ opening round and he eventually finished the four-round series third overall behind Mount Maunganui’s Cody Cooper and Australian Kirk Gibbs.

Following their Kiwi campaign, Cooper and Gibbs then crossed the Tasman to prepare to contest the 10-round Australian Motocross Championships, which kick off at Horsham, in Victoria, this Sunday, March 29.

But, out of the blue, Phillips then learned the he was to be on the next flight out, after his results in New Zealand this summer attracted the attention of one of Australia’s premier outfits, the Kawasaki factory team.

A vacancy opened up at Kawasaki Australia after rider Jake Moss injured himself, and so the call went out for Phillips to arrive and fill the void.

Phillips will be teamed with Australian Adam Monea. 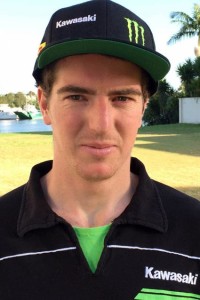 “I was devastated to hear the news of Jake’s injury, after all the hard work that he has put in during a recent training camp in the United States,” said Kawasaki Australia Team boss Troy Carroll.

“It really is unfortunate that this has happened so close to the first round (of the Australian motocross nationals), but I am relieved that we were able to find a strong substitute.

“John (Phillips) has proven himself in the New Zealand motocross nationals and he will take this as an opportunity to establish himself as an international contender and perform well in the first round.”

Phillips said he already feels confident on the KX450F.

“The first training session with the team went smoothly and, after familiarising myself with the setup of the KX450F, I think I have the right bike to secure a podium finish at the first round. The power of this bike is unreal and if I can get a good start, I will be able to position myself for a shot at the podium.

“I had nothing lined up for me after the New Zealand nationals and so this was a very welcome invitation. I have raced in Australia before, but only as a privateer, riding a 250cc bike and operating out of a small van at the back of the pits in 2012 and it didn’t go well for me that year.

“I have been working a lot lately on developing my riding style to suit the 450cc bikes. I’m smoother now and I think it’s starting to click for me.

“I’ve raced against quite a few of the Australians that I’ll be facing … obviously I’ve raced recently against (Australian No.2) Kirk Gibbs … and I know a lot of the tracks over there. But this competition is another step up from what we have in New Zealand.” 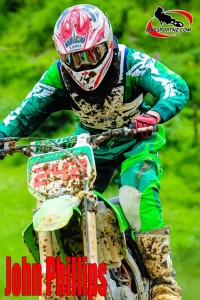 With Phillips’ performance at home in the past couple of months, it would be safe to bet the Kiwi hero will be among the frontrunners at Horsham this coming weekend.

In addition to Cooper and Phillips racing in the MX1 class, New Zealanders will be keen to keep an eye out for the progress in Australia of Mount Maunganui’s Rhys Carter and Takaka’s Hamish Harwood in the MX2 class. Oamaru’s Joel Meikle will wave the Kiwi flag in the MX Development (Under-19) class as well.