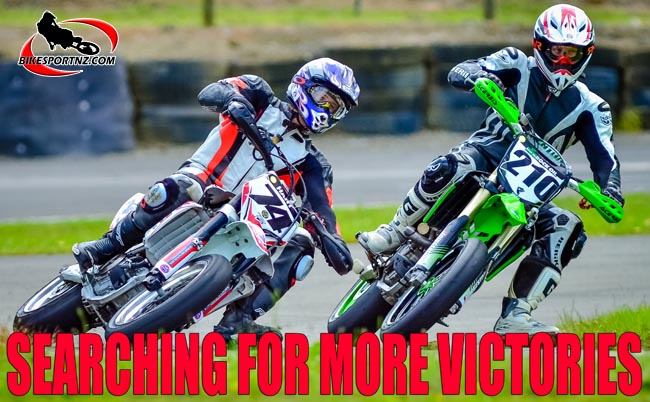 There are those who would day you haven’t really lived until you’ve tried super moto racing.

Bay of Plenty’s Duncan Hart is certainly one man who would tell you that racing a dirt bike in a street environment is a thrill like no other.

The 38-year-old workshop manager from Tauranga took his modified Yamaha YZ450F motocross bike to win the super moto class at the annual Suzuki Tri Series in December, his first major national-level win, and he attributes his success to consistency. 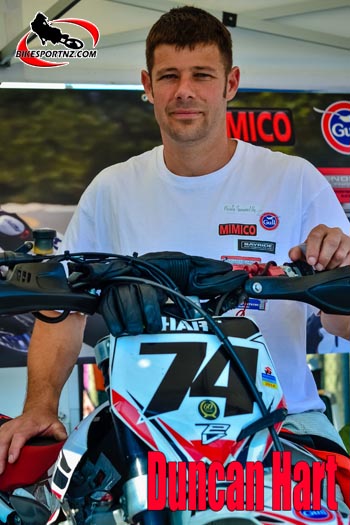 “I didn’t finish any lower than third all series and that was the secret I think,” he said.

He arrived at the third and final round of the series at Wanganui’s famous Cemetery Circuit on Boxing Day with a nine-point buffer over his nearest challenger, Wanganui’s Aden Brown, and with 2013 series winner Richard Dibben, also of Wanganui, another six points further back.

He twice finished third at Wanganui’s finale and that was enough for him to take the series outright.

“Hats off to Aden, Richard and Casey Bullock (of Reporoa), though, because they were riding really fast. I did what I had to do. My plan is to try to defend the title next series (in December this year).

“I couldn’t contest the whole series last year because of injury, so to win the series this year was fantastic for me,” said Hart.

“I have been racing super moto for seven years now and this is my greatest achievement.” 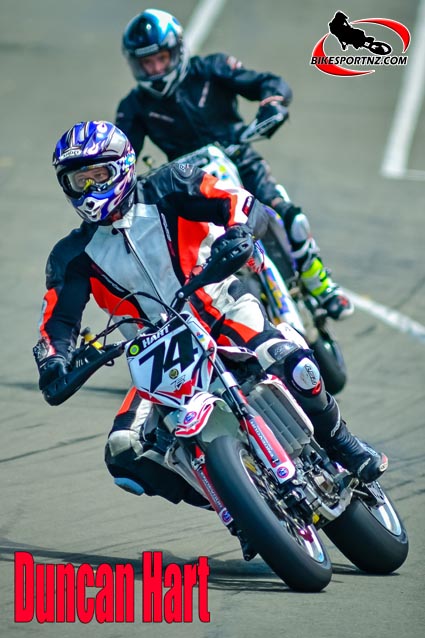 In the meantime, Hart has a busy time ahead and, if he’s not racing his Yamaha for national glory on tar-sealed surfaces, he’s taking it for dirt trail rides with his two young sons.

Hart’s next big event is to contest the super moto class at the big annual Paeroa Battle of the Streets race on February 22.

“Then I’ve got a couple of events in the South Island to consider, the streets races in Methven in April and in Greymouth in October.”