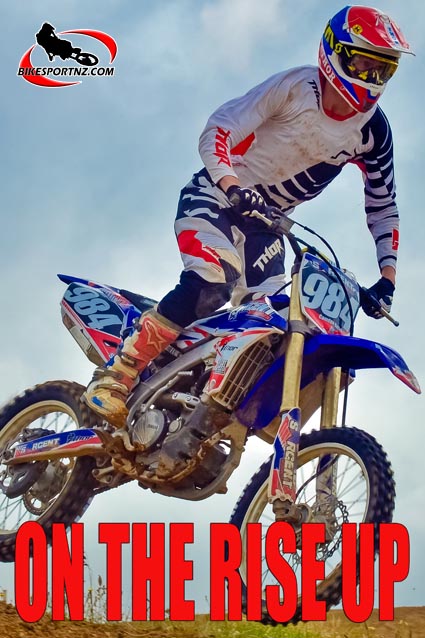 Watch this space, because Wairarapa racer Camden Butler is determined to fill it.

The 15-year-old Yamaha rider from Masterton was in scintillating form at the weekend’s big annual King of the Mountain motocross event in Taranaki and has plans to continue the momentum throughout a busy season ahead.

Butler is one of the sport’s rapidly rising young stars and showed that with his solid performance on a difficult, steep and dusty track on the outskirts of New Plymouth.

“I had a few problems in the earlier races, but I won the one that counted,” said a satisfied Butler afterwards.

“I got better as the day went on. My aim now is to do the same thing at the New Zealand Motocross Grand Prix at Woodville this coming weekend.

“I have won before at Woodville, in the mini ranks, but that was a few years ago. I’d certainly love to win the junior class now and even the Champion of Champions junior feature race at Woodville. I really think that is very possible,” said Butler, who returns to Wairarapa College as a year 11 pupil in a few weeks’ time.