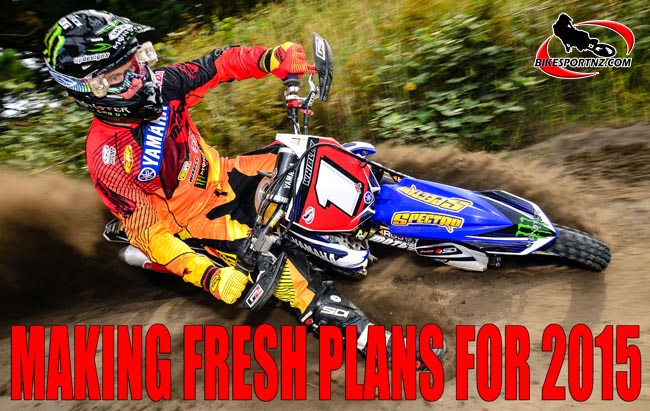 On Tuesday we revealed that Kiwi international Paul Whibley has decided to end his international racing career and return to New Zealand, news that is sure to put a bomb under the domestic scene.

A two-time former winner of the Grand National Cross-country Championships (GNCC) and a six-time Off-Road Motorcycle and ATV Championships (OMA) winner in the United States, he has proven himself to be among the world’s elite off-road bike racers. 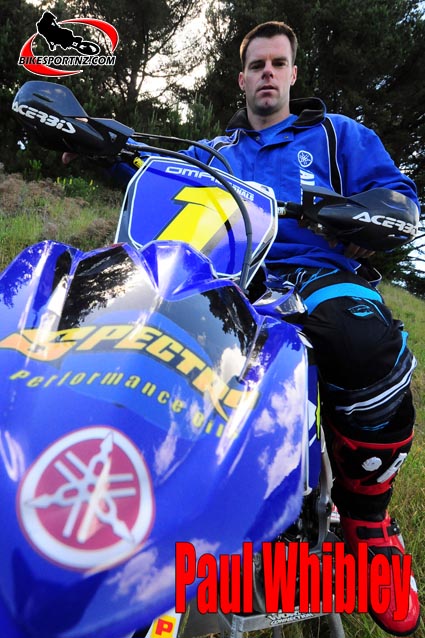 He won the OMA title outright again in 2014 and finished fifth overall in the GNCC series and today we bring you part two of our interview with Whibley, as he and his wife Katherine and their young son Colton now look to a very different future.

“Being a professional bike racer has been a dream job and not many people can say they have lived their dream and been paid to do it. So to walk away is tough, but, at the same time, my results (in the GNCC series this year) have not been where I want them to be,” said Whibley, perhaps his own harshest critic.

“Once you have won races and championships, you have very high standards for yourself and, for me, once those standards are not being met; it’s hard to accept the new level.

“Still, we made a lot of great friends and it will be really hard to leave them behind. But looking forward we have a lot of good friends and family in New Zealand that we have not seen much of over the past 12 years too.”

Whibley leaves the international scene with very few regrets, having achieved more than most and considerably more than many others who have tried.

“I reached all my goals. I still would have like more wins and championships, but that’s kind of human nature, but, realistically, I’m happy with what Katherine and I have achieved.

“It will be tough looking up results online but it’s time to move on to the next chapter. We hadn’t planned to come home at the end of 2014. We hadn’t set a timetable or deadline on my career but it was coming sooner or later.

“Colton is nearly nine months’ old now. It was definitely different racing this year having a little one around. It changed a few things but it was refreshing at times too.

“To come off the track after a bad day and see him still smiling. It’s kind of hard to stay mad when you see that.

“Katherine was a big part of the team but, with Colton around, she had to take a step back and focus on him and that was tough for both of us.”

Whibley has made no immediate schedule for racing at home in New Zealand, although it’s hard to imagine the man going “cold turkey” after enjoying his lifelong passion for dirt bike racing.

“My racing plans are not set for 2015 yet,” he said. “I’m still waiting for Yamaha New Zealand to commit to a program, but I do plan to race at home. Definitely I have some plans for the Taikorea Motorcycle Park (near Himatangi).

“We plan to move the Yamaha Taikorea 500 race to a little earlier in the year, around August, to combat the hit and miss dust problem at the current time of year.

“We are going to do a Sprint Enduro, like what they have in Australia. I would like to try to get a round of the motocross nationals there sometime in the future too. I also have plans for a hill climb-type event and the development of a permanent training/play area for trials bikes too. Some more riding for the kids and give the kids track a refresh. That will do for a start.

“My body is still in good shape. I’m really looking forward to taking some time off. After 12 years, I finally feel a little burnt out.

“But like they say, a change is as good as a break. So from myself, Katherine and Colton we thank you all for your great support and friendship over the years.

“Stay tuned for the next chapter.” 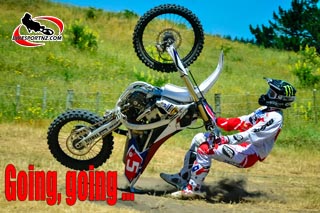 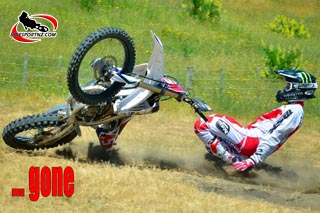