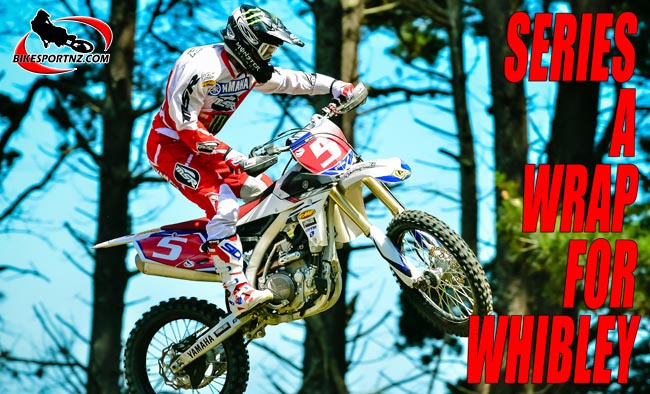 Pahiatua’s Paul Whibley is champion again in the United States.

The 35-year-old former Manawatu forestry worker, affectionately dubbed “The Axeman” on the international motorcycling scene, wrapped up the Off-Road Motorcycle and ATV (OMA) crown with a round to spare when he again dominated racing, this time at round seven at Council Bluffs, Iowa, at the weekend.

It was his sixth OMA title win and a great comeback for the Kiwi hero following his injury-plagued 2013 season.

Whibley (Yamaha YZ450F) won five consecutive OMA titles between 2008 and 2012 and his win in Iowa comes as a great boost for him as he now switches his attention back to the other side of his 2014 campaign, contesting the Grand National Cross-country Championships, which still has two rounds to run.

Whibley is also a two-time former GNCC champion in America and, although this year’s GNCC trophy has already been clinched by American Kailub Russell, Whibley is keen to finish strongly there before returning home for Christmas in New Zealand.

Whibley snatched the holeshot at the start of racing in Iowa on Sunday and, not prepared to relax despite his massive points lead in the series, he quickly charged off into the distance, putting a big gap on his pursuers.

“I don’t really like to cruise—you end up riding worse if you start cruising,” he said.

Futher back in the field, Jason Thomas (KTM) had a fight on his hands with fellow American Adam Bonneur (KTM), with Bonneur eventually finding a way past to seal up runner-up spot by the end of the eight-lap race, which eventually took near two-and-a-half hours.

Thomas eventually settled for third, with Steve Leivan and Jimmy Jarrett rounding out the top five.