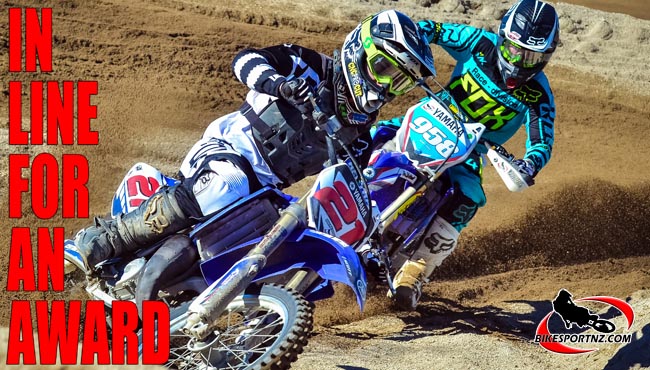 Ngatea’s Ben Broad has been making headlines all year, but he’s still waiting to read the headline he most wants to see written.

The 15-year-old has set motocross racing career on a steady upward trajectory over the past couple of seasons and, fingers crossed, his 2014 campaign may yet culminate in him receiving a provincial award to go with all his numerous national and age-group trophies.

The Yamaha ace has been nominated by the Patetonga Motorcycle Club for the Thames Valley District’s Youth Sportsperson Of The Year and, although it will be the second occasion that he has been honoured with a nomination – he finished among the top five finalists in the region last year – his chances of taking the main prize have never looked better.

The announcement is expected to be made at the end of October.

“I’ve had a pretty strong year,” Broad admits. “I finished overall runner-up in the 15-16 years’ 125cc class at the New Zealand Motocross Grand Prix at Woodville in January, then finished third overall the next day in the senior 125cc competition.

“I finished third overall at the final round of the senior 125cc nationals at Taupo in March and then went on to finish runner-up in the 125cc class at the junior nationals in April.”

Broad was a key member of the Tokoroa team that won the annual Battle of the Clubs Motocross in Taupo in June and then he spearheaded his Hauraki Plains College team to victory at the inaugural Secondary Schools Motocross Championships at Mercer just last month.

“I hope I can carry my momentum through to the senior national 125cc class at the Taupo MX Fest (over Labour Weekend) and then kick on to success at the Whakatane Summercross (at the end of December) and then the Woodville GP again at the start of next year.

“I may race the junior nationals again next April … I’ll just have to see how it all pans out before then.”

Broad credits his success on his fitness.

“I have really picked things up a lot lately with my fitness work. Racing the senior grades now means longer races and the intensity is greater too. But I have not really had a lot of opportunities to go riding through the winter because of my rugby. Now the rugby season is over I can concentrate again on motocross.”

Which means his rivals had better beware because it will be an extremely fit and motivated Broad, with a crisp Yamaha YZ125, that lines up at the big races this summer.