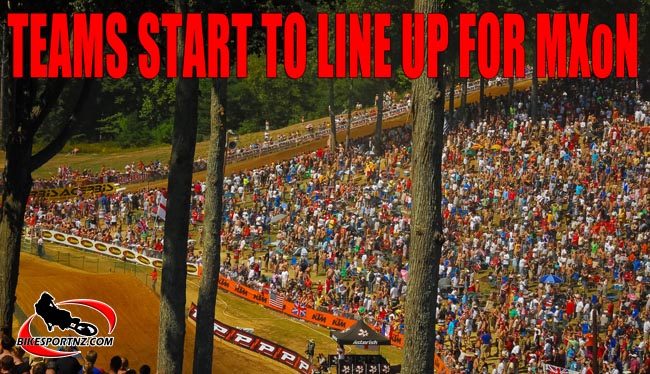 The various line-up for this year’s Motocross of Nations at Kegums, in Latvia, are starting to form up.

The team with the most MXoN in history, the United States, will bank on Ryan Dungey (MX1), Eli Tomac (Open) and Jeremy Martin (MX2) to bring home the Chamberlain Trophy at the big annual event on September 27-28.

Obviously not in the French team are Christophe Pourcel and Marvin Musquin. The two former World MX2 Champions have missed out due to their less than exciting results in the American Motocross Championship this year.

Meanwhile, BikesportNZ.com will have people on the ground there to bring you close-up reports from the racing. 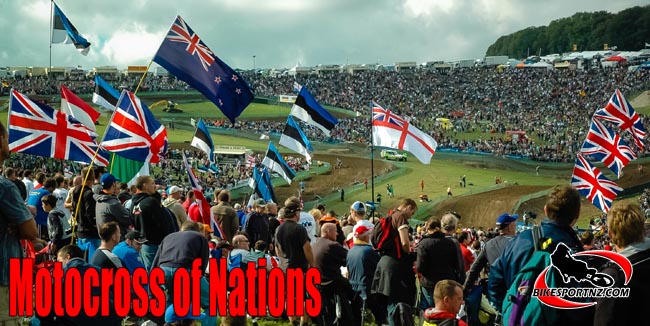 Belgium’s Roger DeCoster will manage the US team as it seeks reclaim the world championship that it last captured in 2011. The US team finished second at the 2013 event and third at the 2012 event in Germany, behind Team Belgium and Team Italy.

“If you look at the way Ryan, Eli and Jeremy are riding at the moment, we should be back in the hunt for a victory,” said DeCoster, who currently manages the Red Bull/KTM AMA Motocross and Supercross teams, and himself competed in numerous FIM Motocross of Nations in the 1960s and ’70s.

“The track we will be racing at suits our style, and all the riders are talented and on good equipment. Also, all of these riders want to be here, and compete for their country. That’s what we want in a team.”

Dungey returns for the sixth time to the US MXoN team. He says he is ready to win back a world championship for America.

“It always feels good to represent the United States,” said Dungey, who is currently second in points for the AMA Pro Racing 450MX National Championship. “To be picked to represent your country is a real honour. The last two years we have been short of that top step on the podium, and we all want to be back on that top step, to show the world what America can do.

“With myself, Eli and Jeremy, we’re all riding well and we’re all in strong physical condition to get that job done.”

Tomac, who has returned from an early season injury to log two moto wins and several top-three moto finishes through the ninth round of the AMA Pro Racing Motocross National Championship, said he is thrilled to be on the 2014 Motocross of Nations team.

“It’s an honour to be chosen for the US team at the Motocross of Nations this year,” Tomac said, who will compete in the Open class. “Last year’s Motocross of Nations was a great experience, being my first time, but leaving with second place left a sour taste in our mouths.

“It’s a new year, a new track and a new country. I believe our team will be more than prepared to battle for the win!”

Martin, who currently leads the points race for the 2014 AMA Pro Racing 250MX National Championship, will be a FIM Motocross of Nations rookie this year.

“It’s a really cool feeling, but I don’t know what to think because I never thought I would be in this position,” said Martin, who will compete in the MX2 class.

“The best memory I have of the Motocross of Nations is as a fan when it came to Budds Creek and Ricky Carmichael, Ryan Villopoto and Tim Ferry were on the team and rode real well together as a team.

“I’m looking forward to riding on a team like that. Ryan [Dungey] and I already train together, and I raced against Eli last year. He’s a good guy and has a good family. I just hope to go out there and do the best I can and bring it home for U.S.A.” 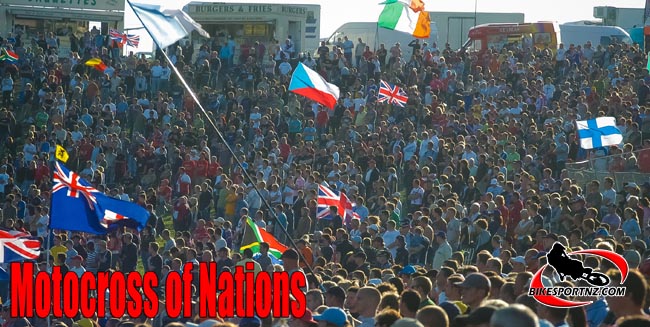