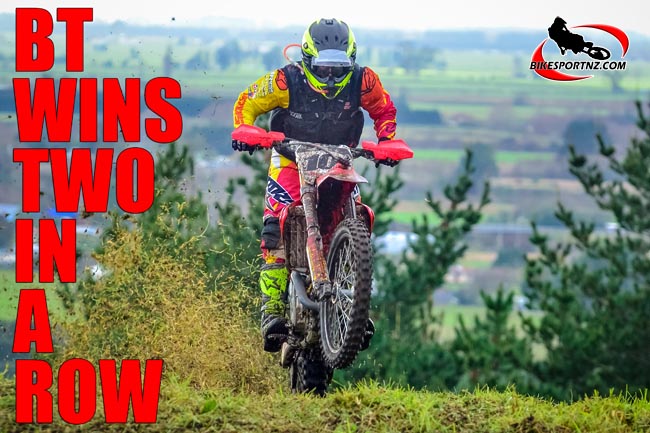 He celebrated a winning debut at the Honda Tarawera 100 cross-country marathon last season and now Bay of Plenty’s Ben Townley has made it two impressive victories in a row.

The Tauranga 29-year-old – now retired from full-time racing and working at manager of The Honda Shop Racing Team – showed his race craft was still sharp as he took his Honda CRF450 to win the 37th annual edition of the great race, on the outskirts of Te Teko, west of Whakatane, on Saturday and he did it in style.

Former motocross world champion Townley snatched the holeshot as a shotgun blast signalled the start at 10am and was never headed in the gruelling 140-kilometre race. 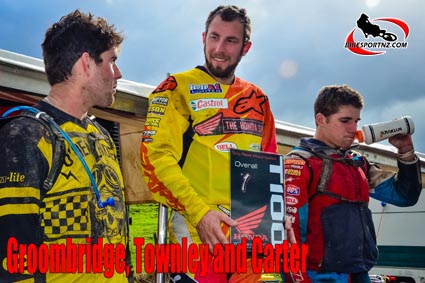 The margin for victory was narrow, with Townley leading Groombridge across the line by just 21 seconds and he was just one minute and 31 seconds ahead of Carter after four 43-minute laps of the hilly grassland circuit, but Townley’s tactics were carefully calculated.

“I knew I needed a good start and when I got the holeshot I knew I was in a good position to go on and win.

“I kept an eye on where the riders were behind me and just stayed steady and kept them there for the first lap because I didn’t want to push too hard when I was leading on a fresh track. I just had to be patient.

“But then I put the hammer down on laps two and three and then just tried to survive after that.

“To be honest, though, I couldn’t have held Brad at bay for another lap. I didn’t realise he was coming so fast. My hands were hurting near the end because I have not done much riding lately and I had blisters.”