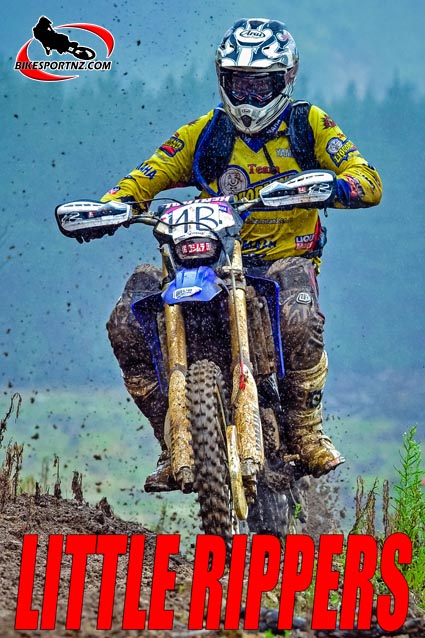 Engine capacity doesn’t mean anything when it comes to racing motorcycles over extreme terrain.

So said Bay of Islands rider Mitchell Nield shortly after taking his Yamaha YZ125 to finish a superb third overall at the muddy opening round of the New Zealand Enduro Championships in rain-drenched forest near Whangamata just over a week ago.

“It was pretty unusual to see two of the smallest bikes in the field up front like that,” said the 25-year-old Nield (pictured here).

“I guess engine capacity doesn’t mean much when you’re grovelling in mud or weaving through trees.

“I was gutted I had a crash on the last section of the day … I was frustrated about that, but it was still a great result.

“I’m pretty happy with how I went at Whangamata, but I’ll be aiming to go at least one placer better at round two near Wellington this coming weekend,” said Nield, who works as a builder around Pakaraka, near Pahia, during the week.

“I have raced before at the Wellington venue (in the Akatarawa, Puketiro and Fernhill Forests, near Pauatahanui and Porirua) and I expect it’ll be pretty tough there too. It is never easy at this venue. It will be rocky and another real battle.

“Chris Birch (KTM 350 XC-F) is the benchmark that we are all aiming for. He’s got a target on his back, that’s for sure, but I beat him in one of the special tests at Whangamata. So we all know it can be done, even on a 125cc bike, and I have plans to do it again.”

“I won the first couple of rounds in that class last year but then I injured myself,” he explained, although his sponsors were no doubt still pleased it ended up a Yamaha 1-2 result.

“I actually prefer the smaller YZ125. It’s so much fun to ride. You can ride it really hard and it won’t bite you. It is entirely possible to win the day overall on the YZ125 and that’s the plan for this weekend.” 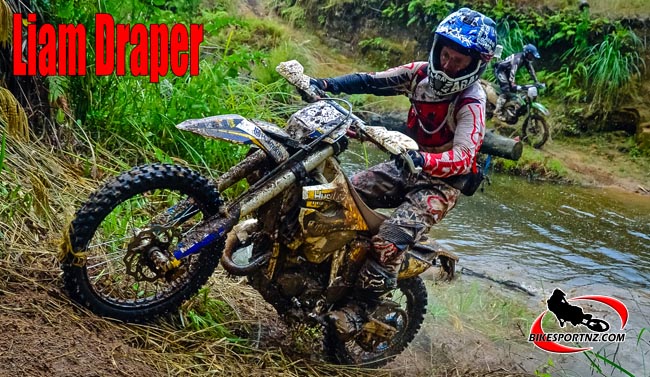