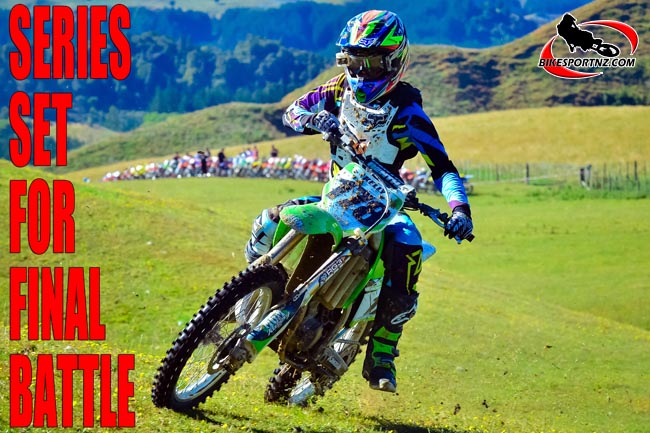 The Kawasaki men have a point to prove at the fourth and final round of the Bel Ray Cross-country Championships in the North Waikato region this weekend.

Raglan’s Jason Dickey finished runner-up to national cross-country champion Adrian Smith (Yamaha YZ250), of Mokau, at rounds one, two and three, but momentum probably favours the KX250F rider for the final round at Glen Murray, in the North Waikato, this Sunday.

Dickey finished runner-up to South Island rider Ethan Bruce (Yamaha YZ250) at the first round of the New Zealand Cross-country Champions in Taranaki last month but, significantly, he ended the day ahead of arch rival Smith on that occasion.

Smith injured himself while racing at the parallel but separate New Zealand Enduro Championships just over a week ago and that may hand a significant advantage to Dickey as the riders line up for the challenge of the Bel Ray series finale on Sunday.

With points from only three of the four rounds to be counted – riders to discard their worst result – Smith has therefore already won the Bel Ray series, but that won’t stop Dickey from charging hard for the round win on Sunday and the bragging rights that go with it.

It is a similar story in the junior grade where Te Kuiti’s Sean Kelly (Kawasaki KX125) has already locked up the trophy, his 1-2-1 results thus far giving him an unbeatable lead.

Kelly really has nothing to prove on Sunday but he will be keen to finish the series on a winning note and, like fellow Kawasaki ace Dickey, build a winning momentum ahead of round two of the national cross-country championships, set for Huntly the following weekend (on Saturday, March 15).

A wide range of classes are catered for and this allows competitors to make their way up through the grades as their riding improves, with a good chance of collecting a prize or two along the way.

The experts’ class has always attracted New Zealand’s top talent with many Kiwi internationals competing while at home during their international off-season. 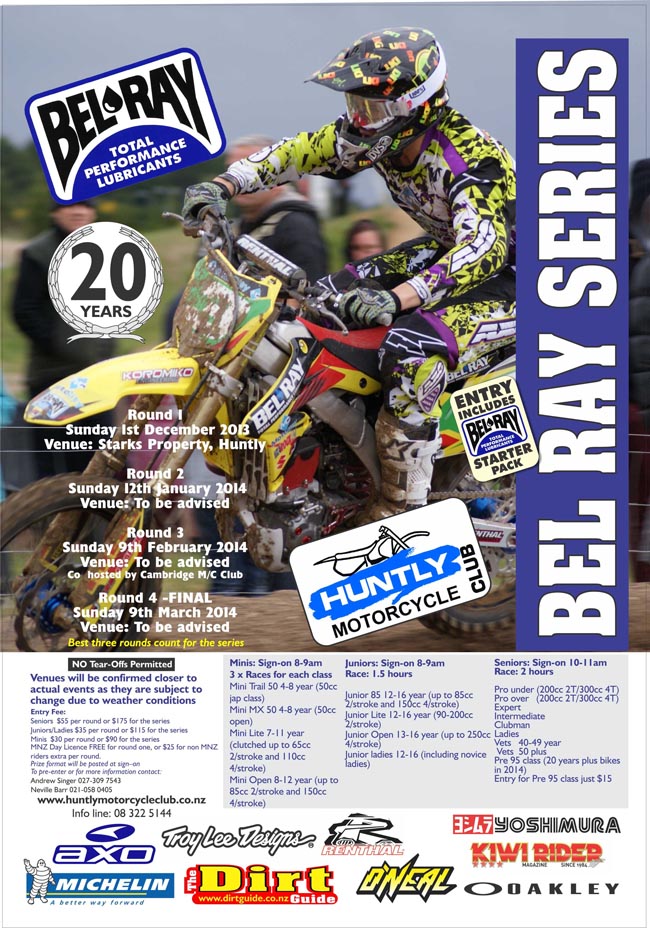