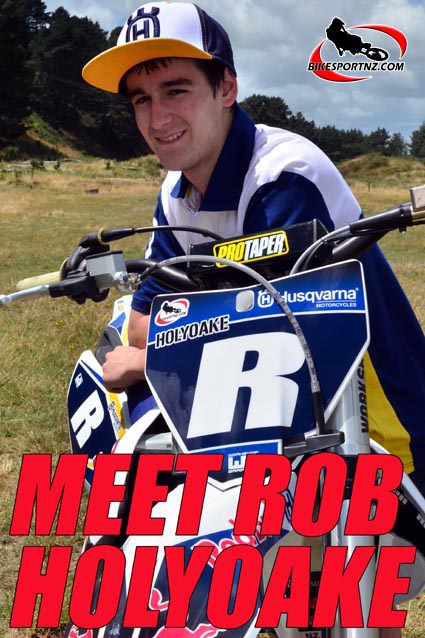 The 17-year-old from Gloucestershire was 125cc champion at the Red Bull Pro Nationals in 2013 and he arrives in New Zealand as a first-time visitor this season, joining Kiwi hero Kayne Lamont in the new Husqvarna Red Bull New Zealand Race Team.

Riding a TC125 two-stroke machine, he will have his first official outing for the team when he races in the senior 125cc class and the high-profile Roddy Shirriffs Memorial race at this weekend’s Honda New Zealand Motocross Grand Prix at Woodville.

Holyoake has raced in the European EMX125 competition where just to qualify is considered a great achievement.

“It’s amazing. You’re right in there with the huge crowds … and the soil is so different to back in the UK too and different to here in New Zealand too.

“I saw Kayne when he came over to get set-up before racing the Motocross of Nations in Germany and he invited me to come to New Zealand … so here I am.

“I usually raced a KTM in the UK but that’s not too much different to ride from the Husqvarna.” 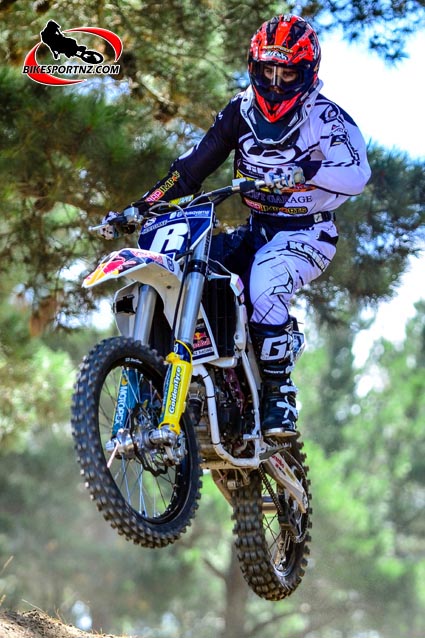 Also backed by BikesportNZ.com, Holyoake will race at Woodville on Sunday and then tackle the New Zealand Motocross Championships, which kick off near Timaru in two week’s time. Unfortunately, he will only be able to contest the first three rounds of the four-round domestic series because he has prior obligations to race back in the UK.