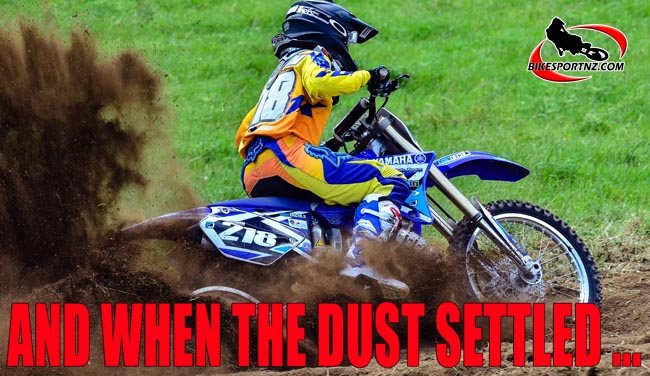 Taihape’s Sarah Elwin is probably still pinching herself after winning her first national motocross championship title at the weekend.

Defending champion Kimberley Murphy had been the dominant force at the extremely dusty opening day of racing at the annual New Zealand Women’s Motocross Championships near Te Awamutu at the weekend.

The Canterbury rider took her Yamaha YZ250F to finish 1-2-1 in her three outings, building a solid seven-point advantage at the top of the senior women’s class standings.

But then, early on day two, everything unravelled for Amberley’s Murphy on the dust-shrouded farmland circuit when she took a slow-motion tumble in one of the deeply-rutted corners. 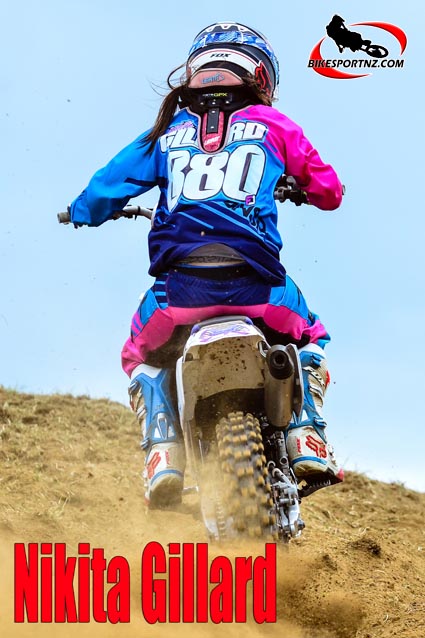 The 18-year-old Elwin (Yamaha YZ125) couldn’t believe her eyes when she saw her great rival had crashed to the sideline ahead of her and was even more surprised to see Murphy was still there a lap later.

“I had had a shocking start in that race and was working my way through traffic. I was catching (Hawke’s Bay’s) Rebecca Clark when I spotted Kim on the ground.

“I figured then that I only needed to finish third in my remaining races to claim the title. But I didn’t want to finish the championship like that and so I continued to push hard.”

Elwin won the final race of the championship to wrap up the title by 10 points from Thames rider Natasha Cairns, with Clark finishing third, just two points further back.

“It is an amazing feeling to win my first national motocross title.

“I know that crashing is sometimes a part of racing but I still feel sad for Kimberley. She was riding really well.”

After a trip to hospital, x-rays revealed Murphy had badly broken her shoulder blade.

Elwin had also won the women’s class at the annual Motocross Extravaganza in Taupo, on the Saturday of Labour Weekend, although she too crashed out of the event the following morning and could not continue in Sunday’s MX3 class action, making her title win on comeback from injury at the weekend all the more remarkable.