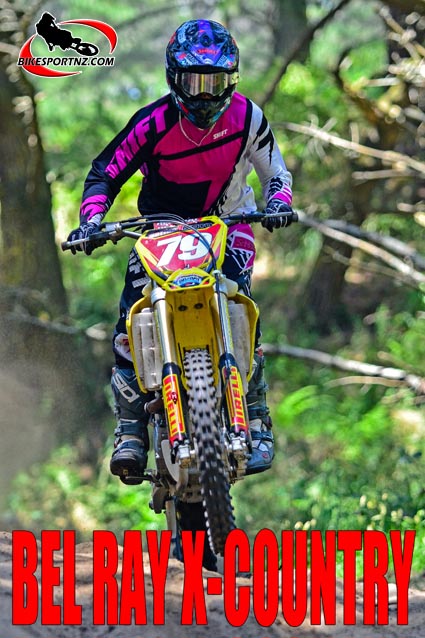 The Bel-Ray Cross-country Championships kick off near Huntly this weekend with a virtual Who’s Who of New Zealand’s off-road motorcycling talent signing up for battle.

In addition to the regulars, riders such as three-time and current national cross-country champion Adrian Smith, of Mokau, and Raglan’s Jason Dickey, other top riders expected to race the 20th anniversary event this year include recent cross-country convert Brad Groombridge, the Bel-Ray-sponsored motocross ace from Taupo who has made himself something of a sensation on the cross-country scene in recent weeks.

Taupo’s Groombridge teamed up with fellow Suzuki ace Daryl Hurley, of Hawera, to win the 2013 Suzuki Six-Hour near Tokoroa in October and he followed that up by riding as an ironman to win the big annual Acerbis Four-Hour race near Taupo earlier this month, the first time that race had been won by a solo rider.

Two-time former American cross-country champion Paul Whibley, from Pahiatua, is also expected to race at the event on Sunday, along with local hotshot Ant Parker and Huntly brothers Matt and Michael Vining.

Rotorua motocross ace Michael Phillips is expected to arrive with his Bel-Ray Honda CRF450 and, as always, he also rates among the leading contenders.

A wide range of classes are catered for and this allows competitors to make their way through the grades with a good chance of collecting a prize or two. The experts class has always attracted New Zealand’s top talent with many Kiwi internationals competing while at home during their international off-season.

the 90-minute junior race starts at 10am and the two-hour senior race blasts off at about midday. Mini bike riders will run a race on a separate, extended motocross track, starting at 10am

Classic bike class will be first away and this will be the only class to start with the engines running.

The remaining three rounds after this weekend’s opener are set for January 12, February 9 and March 8. 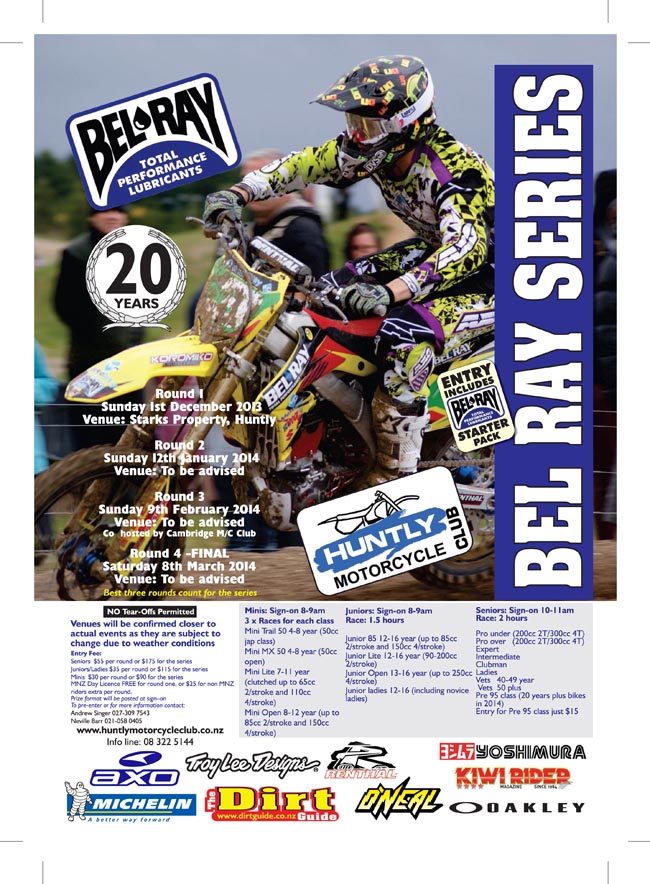