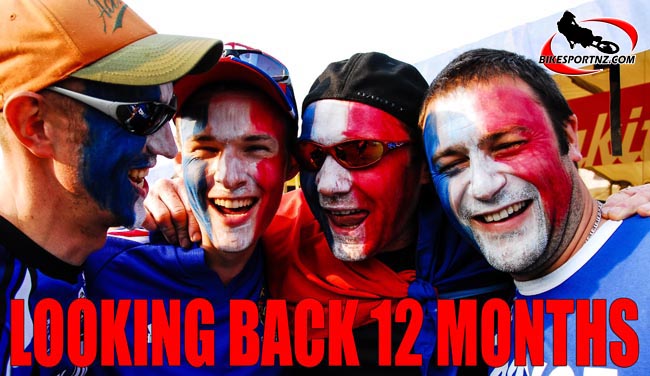 Death or glory by degrees … what better way to sum up the nature of the traditional season-closing Motocross of Nations?

It is a massive event where every sinew is stretched to breaking point; every nut and bolt is tested to the point of failure; web site forum trash talk reaches a fever pitch and, perhaps most of all, Lady Luck teases and tempts like at no other time.

It’s an event that always hangs on a knife-edge; where team fortunes ebb and flow with random fickleness and where individual reputations are made and broken in an instant.

The MXoN is bigger than Ben Hur and the 2013 edition in Germany this weekend is no exception.

Let’s take a look back at what happened in Belgium in 2012: 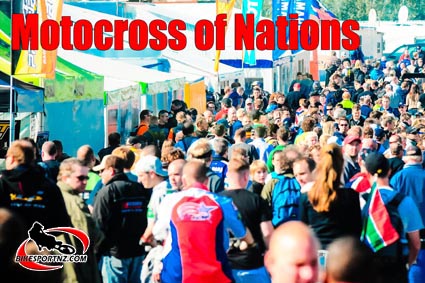 Last year’s 66th annual Motocross of Nations was staged in the deep, treacherous sand of Lommel, a one-time regular track on the Grand Prix motocross circuit, deep in the heart of the motocross-mad Belgium.

The Americans were looking to extend their winning streak to eight on the trot and the European nations were hoping to reclaim the glory they’d last held when Belgium won the MXoN way back in 2004 (actually a year that the Americans were no-shows).

The pre-event hype from the Euros last year predicted that the Americans would struggle in the sand and the response from the Yankee fans was that they would again be top dogs; it was unimaginable to them that they wouldn’t be.

To cut a long story short, the unimaginable happened in September last year, the US win string was snapped at Lommel and the Germans became the new Motocross of Nations champions, the first time they’d won the MXoN since the inception of the event in 1947.

To further emphasise the power swing away from AMA stars to the GP heroes, not one of the American trio won a race at Lommel and, as a nation, they had to settle for third overall.

Team Germany and Team Belgium came on strong at this 66th running of this “Olympic Games of motocross” and thoroughly deserved their new status.

The hero of the day for Team Germany was Ken Roczen, who, for the third consecutive year, won the MX2 class battle overall.

Roczen took his 250cc KTM to finish 5-4 against the leading MX1 and Open class riders in the world.

“It’s absolutely amazing what all three of us did,” said Roczen. “We knew it wasn’t going to be easy. There are a lot of teams out there that can ride in the sand. But that it really was going to be us on that top step at the end was a really good feeling and yeah, history for Germany of course. And I’m really happy with what I did, winning the third time in the row for MX2.”

Roczen’s team-mates, Max Nagl (MX1) and Marcus Schiffer (Open class), finished 3-6 and 7-14 respectively in their races, the Germans getting their hands on the Chamberlain Trophy for the first time in the event’s history and probably a good thing too, with Germany hosting the 2013 edition of the race.

It was also a sweet victory last year for world championship riders in the MX1 and Open classes, with the AMA riders totally shut out.

“I’m not a Belgian or a Dutch rider. I’m not born in the sand, so I just do my best, I train a lot here, I step up my condition and my technique,” said Cairoli, the MX1 world champion for the past five seasons stretching from 2009 (and including this year).

“Today I was the fastest and the strongest and the best sand rider, so I think it’s just amazing that I can even step it up more … not so much for Italy, but with myself, I’m really happy. We’re happy that we finished top five; it’s not a bad result.”

Dungey, the 2012 US national 450cc motocross champion, said after the races that it had been a “definite experience”.

“We learned quite a bit and we realised what a demanding and tough track this is. You know it’s about learning. We didn’t ride terribly today; we gave it our best effort and you don’t always win.

“It’s tough because that’s the goal in the States and over here. You don’t really want to accept anything but a win. The older you get and the more you win, the harder it gets to lose but at the same time we did well. We’ve given 100% and that’s all you can ask.”

Despite a few setbacks, the trio from New Zealand was able to fight back, win a race and finish among the top half of the world’s motocross countries.

Once again for Team New Zealand it was a difficult assignment to head across to the far side of the world and take on the might of Europe and the US, and that job was made even more difficult thanks to a penalty for a technical infringement – Cody Cooper’s factory-supplied bike failed a post-race noise test in qualifying on the Saturday and that was just enough to tip the Kiwis into ‘last chance qualifier’ territory.

But the brave Kiwis knuckled under and punched their way into the main event as the 20th and final qualifying nation by winning the B Final race early on the Sunday, Josh Coppins and Cody Cooper finishing a remarkable 1-2 in that race, allowing third team member Kayne Lamont to back off and save his energy.

However, by being forced to race the B Finals, it also meant they had to endure an extra race on a day that was always going to be extremely demanding in the torturous, energy-sapping sands of Lommel.

Motueka’s Coppins (MX1), in his last hoorah at international level, was the best-performed of the Kiwis, finishing 11-34 in his two outings.

In the end, Team New Zealand settled for 15th overall of the 33 countries represented.

Team captain Coppins said that three races in one day proved to be a little too much and he was forced to retire from the final moto.

“It was a tough track but it reminded me there is no chance of another comeback!” said Coppins, who now eases into retirement from all racing.

“After that second race I was so tired I was thinking ‘no, never again!’ Three motos was hard today because we had to qualify from the B Final.

“But there were times when I rode really well today and I’m proud about that,” he said.

Coppins returns to Europe with the Kiwi MXoN crew this weekend too, this time as the team manager. His riders – Cooper, Lamont and MXoN rookie Rhys Carter – are firmly focussed on bettering the No.15 ranking of 2012.

Perhaps another podium finish is not out of the question.

Check back with BikesportNZ.com as we keep you up-to-date from the track throughout the race weekend. 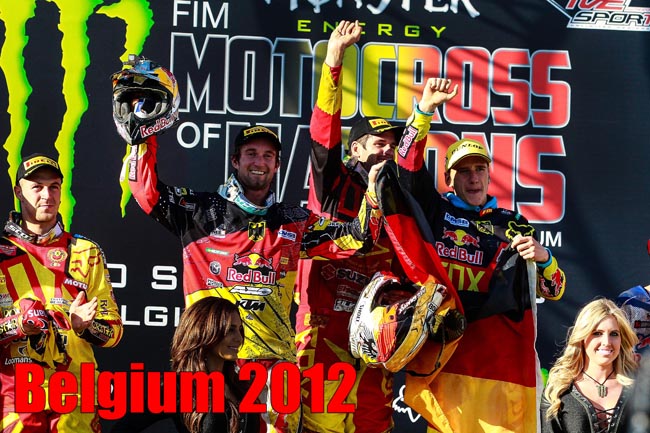