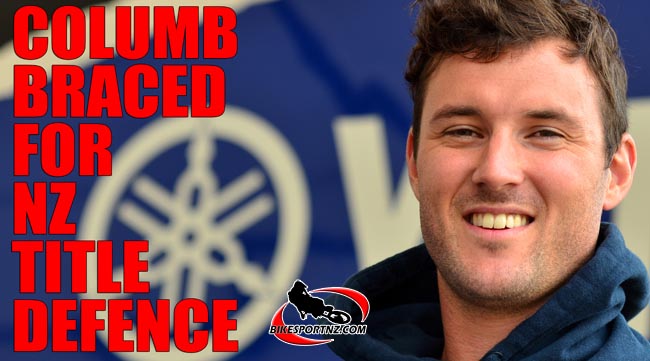 Queenstown’s Scotty Columb has nothing left to prove in a sparkling career that culminated this season with him winning the New Zealand MX2 (250cc) motocross crown.

But that won’t stop the 29-year-old Kiwi international from accepting a fresh challenge in the upcoming 2013-14 season – he will switch from his title-winning Yamaha YZ250F four-stroke bike to campaign a Yamaha YZ250 two-stroke machine, the same model motorcycle on which Hamilton’s Darryll King won back-to-back New Zealand MX2 titles, in 2011 and 2012.

Columb and his Altherm JCR Yamaha Racing team will begin the new season by racing the YZ250 at the big annual Taupo Motocross Extravaganza at Labour Weekend (October 26-27), an event the South Island hero simply can’t wait for.

“I had some remedial surgery done immediately after I’d wrapped up the national title (at the same Taupo circuit, in March) and I’m now fully fit again. I feel the best I’ve felt in a long time,” said Columb.

“The surgery was to repair a knee injury I suffered in a skiing accident when I was aged about nine. It was something I just put up with all these years. I remember falling over when I was playing racquet-ball at school, that’s how bad it was.”

That puts into sharp perspective just how remarkable was his achievement in winning the national MX2 crown this season.

Barely three months after his successful surgery, Columb was itching to go again and so he tackled the gruelling Heaphy Track, near Takaka, on a bicycle.

“My leg is more stable than it’s ever been and I now feel confident sticking my leg out in corners on the motocross bike. My fitness right now is great.

Following the Labour Weekend event at Taupo, Columb and the Altherm JCR Yamaha Racing team will tackle the New Zealand Supercross Championships, the Auckland Motocross Championships and the Whakatane Summercross just after Christmas. The New Year will feature the annual Woodville Motocross GP and then he begins the defence of his national MX2 title during February and March.