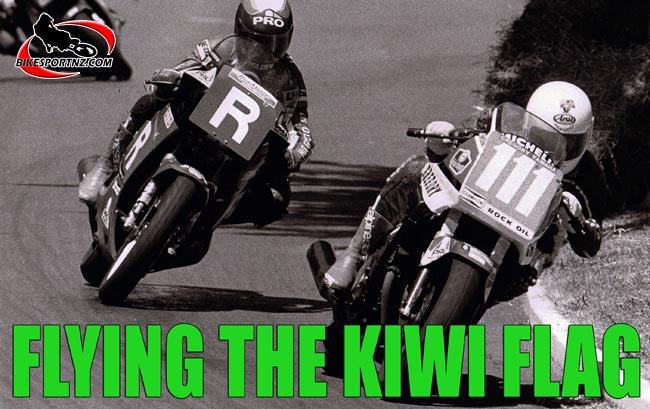 They could be called New Zealand’s ‘secret army’, a virtual platoon of motorcycle racers who, with very little fanfare, have left our shores to take on the world’s elite.

When these riders headed overseas, they left with no trumpet blast and certainly they’ll expect no tickertape parade when they return.

These are our modest sporting heroes, some of whom have become pin-up stars in European, Australian and American bike magazines and who are attracting the attention of high-profile race teams abroad.

More world championships have been won by New Zealand motorcyclists than by competitors in any other sport in this country and the story of Kiwis boxing above their weight on the world stage continues today.

In the tarmac world we have Rangiora’s Jake Lewis, Paraparaumu’s Sam Croft, Auckland’s Blayes Heaven and Auckland’s Connor London (all racing in the European Junior Cup) and Orewa’s Avalon Biddle (racing in the Honda CBR600 Cup competition, a support class within the Italian Superbike Championships).

Former Wellington man Bruce Anstey finished in third place in the blue riband Senior TT race at the Isle of Man TT races just a few weeks ago, adding to a glittering array of prizes that Anstey has collected from that part of the world in recent years.

Wairarapa’s Doug Fairbrother and Wellington’s Chris Swallow are planning to head off to the Isle of Man classic meeting in August.

It’s tough for Kiwis racing abroad, leaving behind family and friends on this geographically-remote couple of islands as they bash handlebars with the best in the world.

Pahiatua’s Paul Whibley is one of many who now spend much of their time on foreign soil. For 10 months of the years he is based in the United States, a country where he has twice been national cross-country champion.

The 34-year-old former Manawatu forestry worker, affectionately dubbed “The Axeman” on the international motorbike scene, won two major cross-country titles in the US last season, clinching the Grand National Cross-country Championships (GNCC) for a second time – he also won it in 2009 – and the Off-Road Motorcycle and ATV (OMA) crown as well, although his 2013 campaign to defend both titles has been fraught with problems, not least of all a hand injury near the start of the season.

He is currently fifth in the GNCC overall standings after nine of 13 rounds.

It is a similar story for Otago teenager Courtney Duncan.

She demolished some of the best female motocross riders in the world when she scored back-to-back wins at the opening round of the Women’s Motocross Championships in the United States in May.

But then she broke her wrist and was forced to site idly by and watch as her title rivals battled on without her.

The true test for Whibley and Duncan now will be how quickly they can rebound.

According to American general George Patton: “Success is how high you bounce when you hit the bottom.”

We figure that, if Kiwis can fly, they can surely bounce too … and, we imagine, very high indeed.