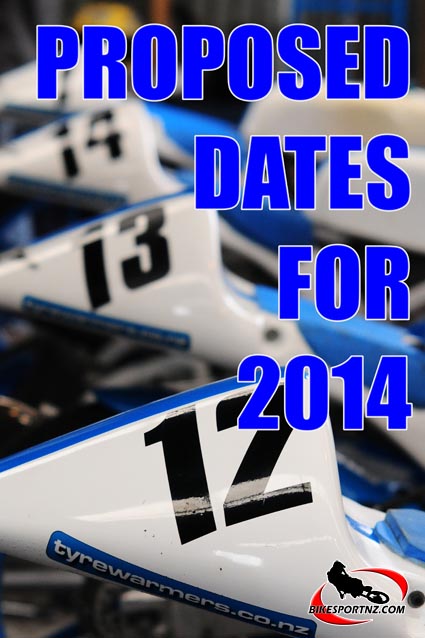 Proposed dates for the 2014 NZ Superbike Championships are:

Billington said there was also a possibility of a fifth round being held at Manfeild, but this option was still under negotiation.

Also, he said there would be the opportunity for the Superbikes and Supersport machines to run alongside the V8s at Timaru on January 18-19 January and at Taupo on March 7-8.