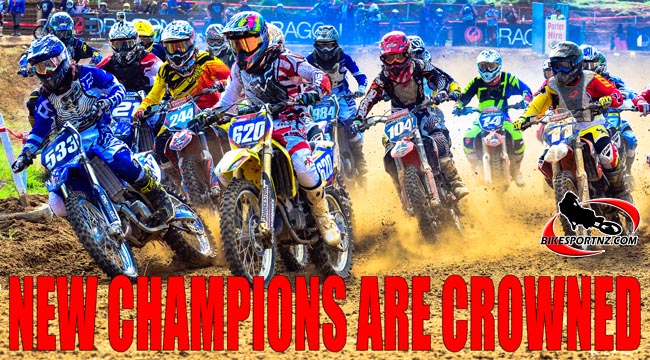 Racing was close and, in many cases, it went down to the wire to decide the champions at this season’s New Zealand Junior Motocross Championships in Taranaki at the weekend.

It took three frantic days of racing to determine the winners at this season’s Dragon-sponsored nationals, held at the Barrett Road Motorcycle Park on the outskirts of New Plymouth, riders arriving from all over the country, and overseas too, to battle on the demanding, steep and rutted terrain. 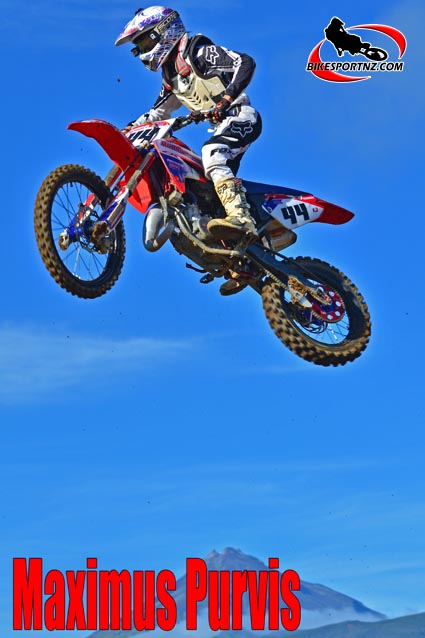 Atiamuri’s Hadleigh Knight (KTM) dominated the premier 14-16 years’ 250cc four-stroke class but, even though he was obviously the fastest rider on the treacherous hillside track, he still had a few anxious moments and, with Chatham Islands rider Kairyn King (Yamaha) and Rotorua’s Nathan Henderson (Kawasaki) keeping him honest, it came down to the fifth and final race on Sunday afternoon before he could finally clinch the crown.

“I was hoping to win all five races in my class, but that didn’t quite happen,” said the 16-year-old Knight, who nonetheless won three of his races and finished second and third in the others.

With an eight-point advantage as he went to the start line for his final race of the weekend, Chase knew that fourth place or better would be enough to seal the outright win and so, with Wiltshire winning that final race and Chase in second spot but coming under pressure from Christchurch’s Dylan Walsh (KTM), he wisely opted to let Walsh go past, easing the pressure and allowing him to cruise to the finish in third place and accept the title win. 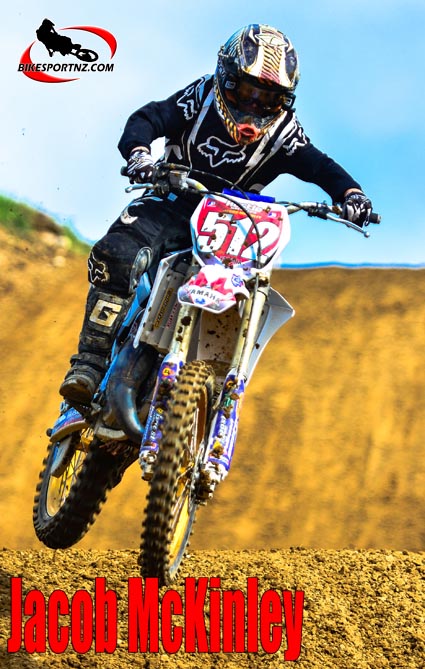