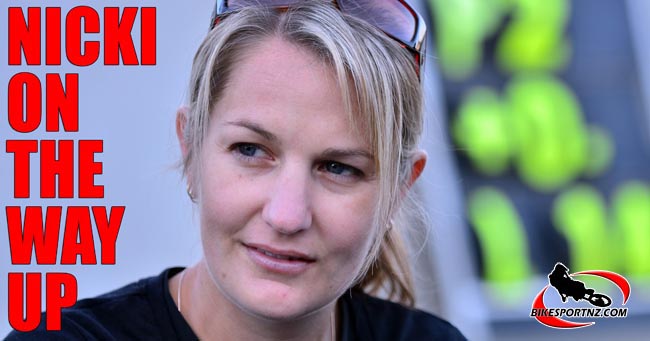 They say you can’t judge a book by its cover and the same can certainly be said of Taranaki’s Nicki Smith.

The 33-year-old’s quiet demeanour belies the fire-breathing spirit that resides within her petite frame.

And her chosen sport of high-octane motorcycle racing is not one that’s typically the domain of the fairer sex, but she’s been giving as good as she gets this season and found herself sixth overall in the Pro Twins class when her New Zealand Superbike Championships campaign wrapped up at the fifth and final round at Taupo on Sunday.

“My goal was a top-five finish and I’m still pretty happy with sixth,” said Smith, who works as a supply chain co-ordinator at Fonterra, based in Eltham.

“This is my first full season and it was awesome going down south (to the South Island) to race on those tracks for the first time. I had to learn the tracks as I went, all the while battling the guys who’d been there many times,” said Smith, who is supported by local businesses Kiwibike Insurance, Experience Motorcycles, Future Grafix, BikesportNZ.com and Comfort Air Taranaki.

“I did pretty well when it was raining too (at round four at Hampton Downs just over a week ago) and I think that’s because I ride fairly smooth and I’m not as aggressive on the bike as the guys. But I’m not saying I was perfect. I had a few scary moments that day.”

Sixth overall in her first full season is something she will celebrate for a long time, although work will start soon on getting her distinctive yellow 650cc Kawasaki ER6 polished up again for her next campaign, probably in the Victoria Motorcycle Club’s popular Winter Series. 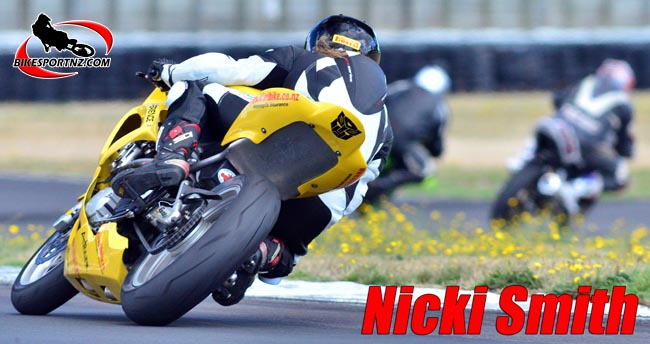