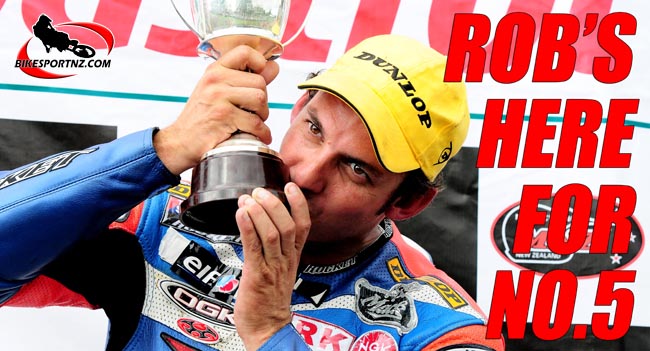 Could an Australian take away the Kiwi silverware again this summer?

The 2013 series kicks off at Powerbuilt Raceway in Christchurch this weekend and, although Bugden must surely rate as the superbike class favourite, there are again plenty of Kiwi heroes ready to step forward and challenge him.

The recent Suzuki Tri Series superbike class winner, Christchurch’s Dennis Charlett (Underground Brown Suzuki), is one such candidate, along with the man who finished a close and unlucky runner-up in the Tri Series, Wellington BMW rider Sloan Frost.

In addition to putting points on the scoreboard at the opening round, the riders will also be hunting for the New Zealand Superbike Grand Prix Title this weekend, that one-race special prize on offer as part of this weekend’s programme.

Bugden was New Zealand superbike class champion three times consecutively between 2007 and 2009, and while his back-to-back race wins at the final round at Taupo last season earned him his fourth New Zealand superbike title – with an eventual winning margin of 37.5 points over Stroud – he was quick to comment at the time “this was the toughest championship yet”.

If his New Zealand superbike rivals have news for him, it probably sounds like this: “You ain’t seen anything yet Robbie”.