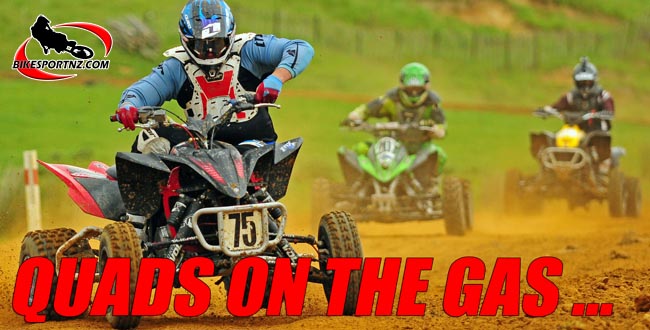 Rotorua’s Jason Jepson is no stranger to pressure-cooker situations and that was just as well, considering the heat he had to withstand at the Waikato Motocross Championships at the weekend.

The former national all terrain vehicle (ATV) quad bike champion had been one of the favourites to win the ATV open class but an uncharacteristic DNF put paid to that at the circuit just north of Te Kuiti on Saturday.

“I had a small problem with the bike’s wiring in race one,” the 29-year-old Jepson explained. “The bike was still going but it was popping and farting, so I withdrew.”

Jepson (Yamaha YFZ450R) finished runner-up in the thrilling next race and then won the third outing after another fierce battle with Stratford brothers Scott and Cam Keegan.

An agricultural contractor, Jepson moves earth for a living and is also something of an earthmover on the sporting front too, but he had to call upon all his skills as a racer to again fend off Taranaki’s Keegan brothers in the last race of the day, the all-in ATV feature race.

This time the glory went to Jepson, the Yamaha ace putting a pass on Cam Keegan and then “keeping it pinned” to take the chequered flag.

“I just kept blocking the Keegans out in the corners. I didn’t know how much longer I could hold on. I loved the track here … lots of jumps … but I don’t think I’m anywhere near fit enough at the moment.

“I was trying not to be predictable in the lines I chose and just used my experience to get me to the finish. We had a few close moments out there but all credit to the Keegan brothers. They are top national-level riders.” 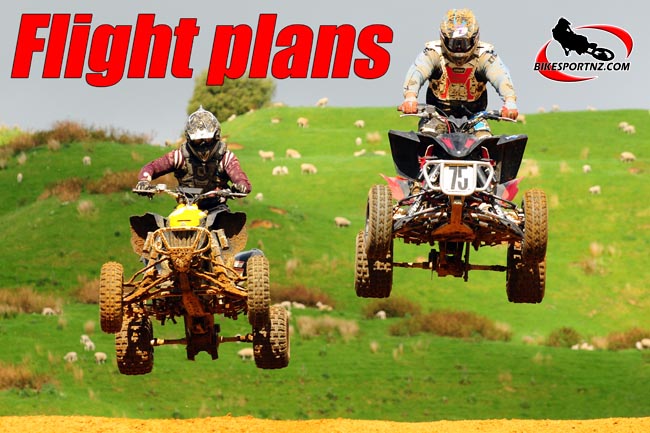