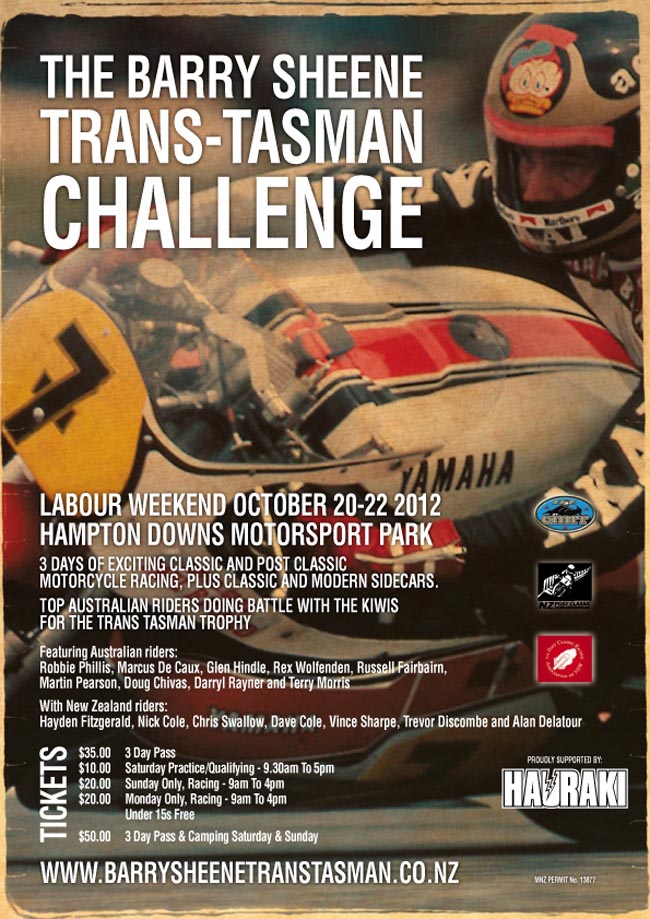 The Australians are coming in force.

A team of 40 competitors, led by ‘Mr Superbike’ Robbie Phillis (pictured below), will take on New Zealand in the Barry Sheene Trans Tasman Challenge at Hampton Downs this Labour Weekend, Oct 20-21-22.

The event features three days of racing, classics and classic superbikes for the New Zealand Classic Tourist Trophy’s, the New Zealand Post Classic Grand Prix’s and Gold Cup Series along with the Barry Sheene Trans-Tasman Challenge Trophy. Additional to these events will be selected feature races and New Zealand and Australian classic and modern sidecars in action.

The Australian Team includes 2 x Isle of Man TT Winner Cameron Donald just back from riding for the official UK Honda Team in the Le Mans 24hr and two podium seconds in the Isle of Man Supersport and Formula 1 races,  Doug Chivas the NZ, Australian and USA Sidecar Champion on a rapid TZ750 Yamaha outfit who is so quick he will race with the modern New Zealand outfits.

Then they have Bathurst Champion & Marlboro Series Star Marcus De Caux on a Bimota 400 and Harley Davidson RR250, Australian Post Classic Champions Martin Pearson and his Suzuki 500 triple described as a ‘TZ350 on steriods’, Gen Hindle on the Maxton TZ350 and Terry Morris on his Nico Bakker TZ 350 Yamaha, all very quick riders. Team Captain Robbie Phillis is just back from six months in Europe with his 18 yr old son riding for Kawasaki. 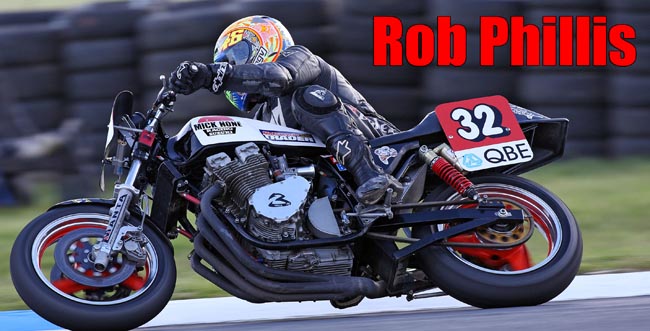