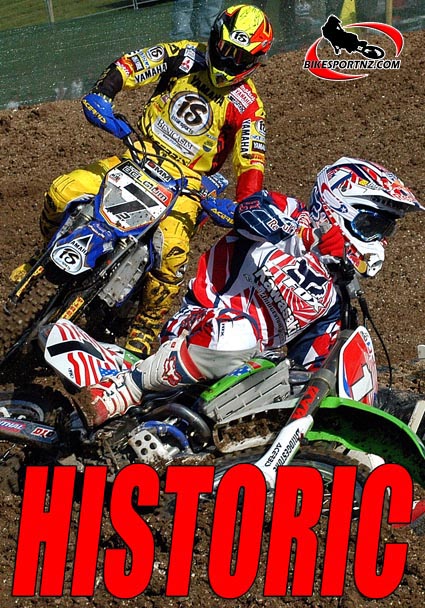 Want to see what happened at the 2006 Motocross of Nations when a soon-to-retire Stefan Everts whipped the rest of the world, including the American superstars, at his farewell appearance.

Yes, BikesportNZ.com was there to see Everts put a demon pass on American MX1 rider James Stewart, the Belgian rider standing up, on the foot-pegs, and sweeping around the outside of the American … incredible.

Later, at the post-race press conference, Stewart claimed he was satisfied to settle for that and to follow Everts because he was just “riding for the team”, but it came across as a shallow excuse from a man who didn’t have the simple courage to admit that, in reality, he was well beaten by a better man that day.

Perhaps we’ll witness a similar clash of cultures – the Euros versus the Yanks, GP heroes versus AMA stars – at this year’s edition of the big race?

Anyway, let’s look back at 2006 and the battle between Everts and Stewart one more time and cross our fingers for 2012 to produce similar drama:

And here’s Britain’s David Thorpe beating the Americans at the MXoN in 1985: