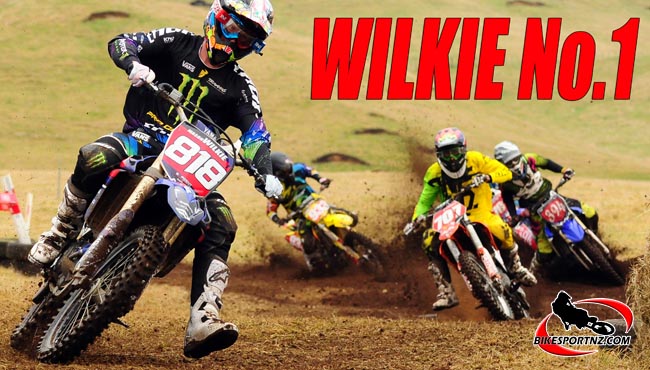 The 22-year-old Yamaha ace from Masterton was unstoppable on the flat dirt track near Kuratau, at the southern tip of Lake Taupo, on Saturday and Sunday as he successfully defended the MX1 (open) class title he won for the first time last season.

Wilkie won five races from five starts, although he was made to work for his wins by Waitakere’s Ethan Martens (Yamaha), Taupo’s former national TT champion Brad Groombridge (Honda) and Paraparaumu’s Jesse Donnelly (Suzuki), who hounded him all the way.

“I’ve won junior TT titles and also won the MX2 class in the past, but it’s the ‘big boys class’, the MX1 class, that really matters,” said Wilkie. “I had a great group of people behind me. I want to thank Stegpegz of Porirua, Sargents Motorcycles of Masterton, Barry Morris for spannering for me and BikesportNZ.com for their support.”

Martens was similarly dominant in the MX2 (250cc) class, beaten only once – by fellow Yamaha rider Callum Moore, of Featherston – when he uncharacteristically crashed.

Martens still managed to recover and finish that race runner-up, giving him a winning score-line of 1-1-1-2-1 over the two days of full-throttle racing.

In the premier all terrain vehicle (ATV) class, Amberley’s Ian Ffitch was pushed all the way but a cool head under pressure gave the vastly experienced 42-year-old the advantage where it counted and he won the final race of the weekend to snatch the title ahead of Rotorua’s Jason Jepson and Stratford’s Camo Keegan.

“I was certainly given a wake-up call by the young ones,” said Ffitch.

“I had to be on my A game to beat Camo and Jason. These guys are the future of the sport at the moment, but I hope they don’t make it a habit of beating me,” said Ffitch, who was beaten in three of his five races.

“Jason is so naturally talented that, if he gets the holeshot, there is no beating him. Camo and his younger brother Scott (who won the second race of the weekend, but, because of mechanical problems, finished the championship only 10th overall) are only going to get better each time they ride.” 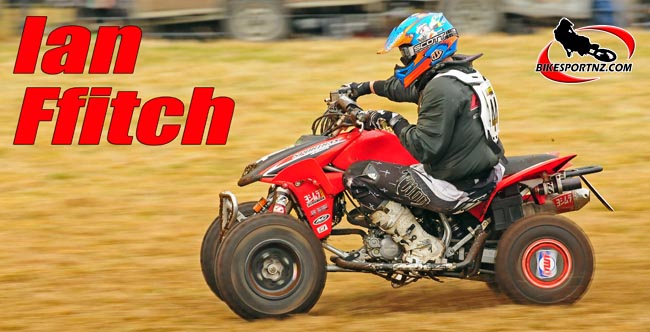