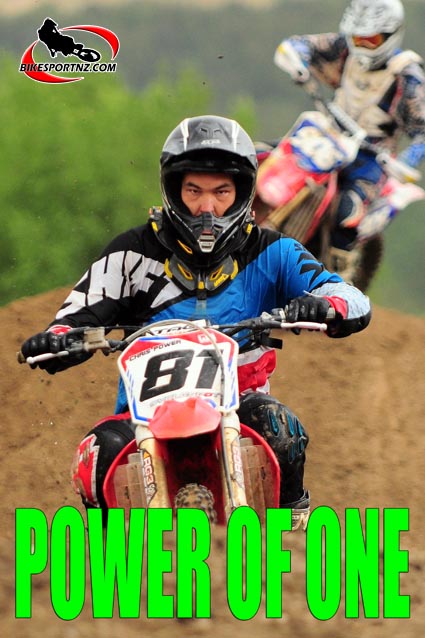 The Dirt Guide Cross-country Championships kicked off near Tokoroa at the weekend and the action was intense right from the start.

Immediately at the shotgun start there was drama with Hokianga’s Mitchell Neild and Auckland’s Callan May colliding and ending their race less than 100 metres from the start line.

These two riders battled for the whole two hours over the 19km course with Power taking the overall with by just 30 seconds from Skinner.

“Mike and I both managed to set a pace that none of the other riders could match,” said Power. “After getting a tad lost, thanks to a downed arrow, and being relegated to second, I followed Mike for two and a half laps before I made a pass on him on a gnarly and super fast uphill section. The 450 just had too much torque for Mike’s 250 two-stroke and I moved back into the No.1 position.

“I then stretched out a small lead of about thirty seconds and held that to the end of the race taking the win.”

In the hotly-contested intermediate grade, Skinner took the win from Kane Stow with Ryan Scherer third. With just over one minute separating the top five in this grade is what makes the racing so much fun.

More than 120 senior riders lined up for the start of the Kiwi Rider-supported  Dirt Guide series and it looks like being a well-subscribed series once again this season.

The Juniors and Minis races started at 9.30am with both races running at the same time on separate tracks. Pahiatua’s Scott Sowry took a good win in the open junior race with Aron Jones second.

The Minis race was a huge success, with all the kids loving the track.

Hunter Scott from Oparau won the minis race on his KX65 with Rachel Archer coming second on her KLX110. Cody Wastney took third outright on his KTM 65.

All the riders are looking forward to the next round which is at the Pylons on Tirohanga Road, Atiamuri, on May 19-20.

The second day at each round of the series is set aside for a trail ride.