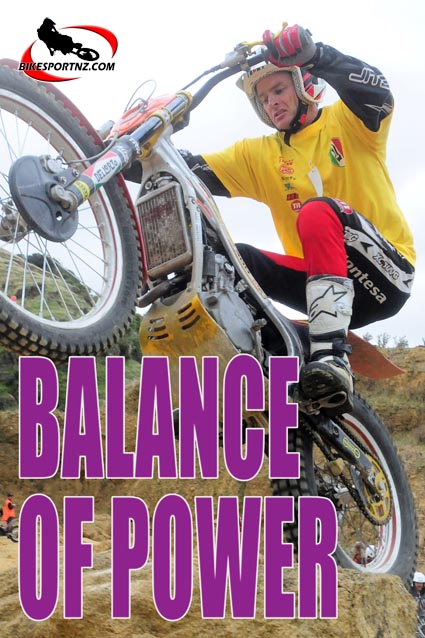 Trials riding fans may be climbing the walls when they see what their motorcycling heroes have to do this weekend.

The three-day New Zealand Moto Trials Championships are set for the Waikato region this Labour Weekend (October 22-24) and, thanks to some imaginative course setting, the event is sure to sort the men from the boys.

As always, several names spring forth as likely championship contenders.

Hawke’s Bay’s Warren Laugesen is a seven-time former national champion but even he will have his work cut out trying to match globe-trotting Kiwi international Jake Whitaker.

Current New Zealand No.1 Whitaker has just returned home from a stint racing the junior world championships in Italy and, with his top-five finishes achieved at this ultimate level of the sport, it is unlikely that anyone will be able to match him at home.

Three different courses will be used, each signposted from the centre of Te Awamutu.

Day one on Saturday is at Saunders’ property, Wharepapa South; day two is at Cooper’s property, Rotoorangi, and day three is at Allen’s property, Pirongia.

Motorcycling New Zealand trials commissioner Jim Henderson said day one on Saturday would feature “huge rocks,” while day two on Sunday was mainly creeks beds and logs. But day three on Monday would send the riders clambering up steep banks in a gully and across tricky tree roots.

Balance, bravery and throttle control is the main emphasis for this unique motorcycle competition. Speed is not essential, with the prime aim instead being to conquer extreme terrain without touching feet on the ground or falling off. Points are lost for these “faults” and a rider with the lowest score wins.