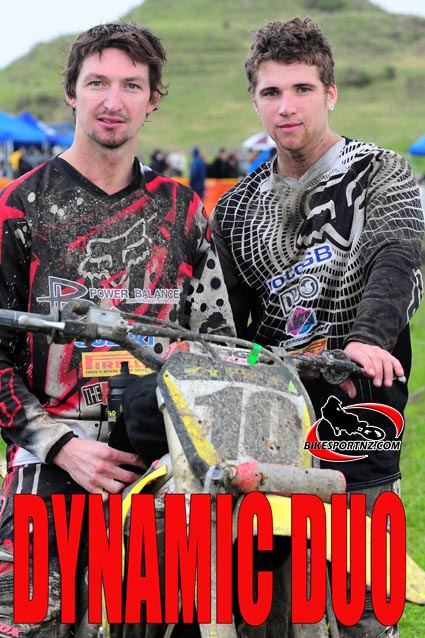 Cooper is the current national MX1 class champion and his selection comes as absolutely no surprise and, with the form exhibited recently by Carter, his choice as the team’s MX2 (250cc) rider is also perhaps no surprise to many observers.

Cooper and Carter finished 1-2 in the big annual Tarawera 100 off-road motorcycle marathon near Kawerau in July.

“I have a 2012-model bike that I’ve been riding for practice, but I can’t wait to get on the race bike that’s being prepared for me.”

While Cooper took the national MX1 title last season, Carter had his work cut out to finish sixth overall in the MX2 class because he was on the comeback from injury, a nine-month spell on the sidelines no preparation at all to the rigours of racing a national championship level.

“I’m in a much better position now. I’m a lot better prepared and really looking forward to racing,” said Carter.

Team Suzuki Racing will again be based at Moto City Suzuki in Mount Maunganui and team co-ordinator Andrew Hardisty believes these two men will ensure Suzuki is a dominant force again this season.

“It is Suzuki’s desire to gain the best possible results again this season and we’ve concentrated our resources on a two-man team this year.

“We have a very strong team and I’m thrilled,” said Hardisty.

The two-pronged Team Suzuki Racing line-up will have its first public outing at the big annual Taupo Motocross Extravaganza this Labour Weekend.