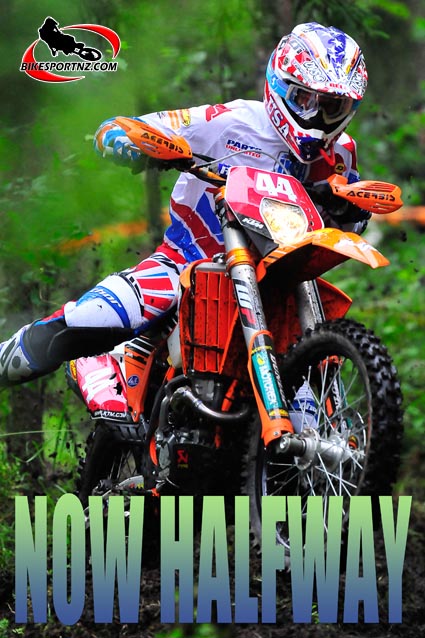 The International Six Days Enduro in Finland has reached the halfway stage and the Kiwi contingent can puff up with pride as they take stock of their situation.

The three-man Wellard New Zealand Yamaha Club Team has performed exceptionally over the three days of competition thus far, holding on to third overall in the battle-within-a-battle for Club Team honours. 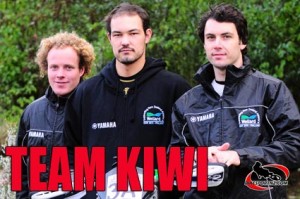 The New Zealand riders – Mokau’s Adrian Smith (Yamaha YZ250F) and Auckland cousins Karl and Chris Power (both on Yamaha YZ450F bikes) – are on target to win gold at this “Olympic Games of off-road racing”.

One of the many Swedish teams (Team West) lead the Club Team section, ahead of a team from the Czech Republic (Husaberg Czech), with the Kiwis holding steady in third, with three more Swedish team following close behind and a team from Wales holding seventh spot overall.

The racing is very tight at the top and, with less than five minutes between the first five club teams, it’s too early yet to be predicting the winners, especially with three more brutal days of riding still to come.

Power is still in the runner-up, position, just 2m 23s behind Lothman.

Meanwhile, the third team member of the Wellard New Zealand Yamaha Club Team, Chris Power, is on the attack.

He has rocketed from 20th in the C2 class after day one, to 14th overall after day two and now finds himself in 12th position and just three minutes behind fellow Yamaha rider Michal Rudols, of the Czech Republic.

In the main contest for Senior World Trophy honours, Finland continues to lead from Spain, with the United States still in third spot, followed by Sweden and Portugal, with Eero Remes (Finland, KTM) still the top individual outright.

Remes still leads the E1 class but he has plenty to worry about with Finnish former ISDE champion Juha Salminen (Husqvarna) less than a minute behind him.

Nothing much has changed in the battle for Junior World Trophy glory, with Team Sweden still in front, followed by France, Great Britain, the United States and Australia making up the top five nations.