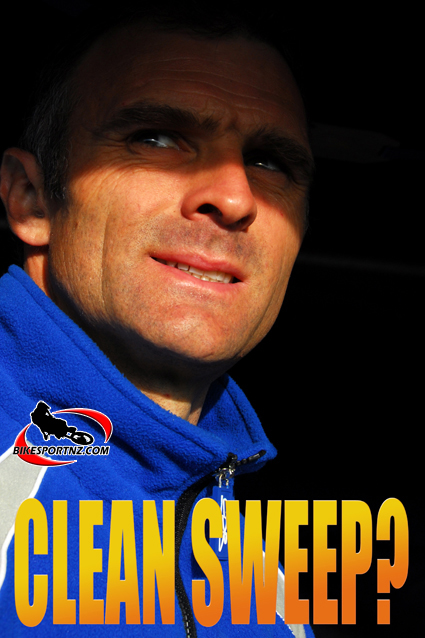 Waikato’s Darryll King is determined to make it a clean sweep of titles on Sunday for the team that bears his initials.

The MXDK Rockstar Yamaha Team heads to the fourth and final round of this year’s New Zealand Motocross Championships in New Plymouth with a realistic chance of winning all four titles.

Motueka’s Josh Coppins (Yamaha YZ450F) leads the MX1 class by one point from an on-form Cody Cooper (Power Balance MotoGB BikesportNZ.com Suzuki), of Mount Maunganui, and knows he’ll need to be at his best to keep Cooper at bay on Sunday.

“I just need to win some races,” said the 34-year-old matter-of-factly.

Third and fourth overall in this class after three rounds are Honda pair Michael Phillips (Honda Hamilton), of Rotorua, and defending No.1 Justin McDonald (Timaru Honda), of Christchurch.

Coppins’ team-mate in the MX1 class, Hamilton’s Hayden Clark (Yamaha YZ450F), is fifth in the standings and he will also be worth watching this weekend.

After the first two rounds of this year’s championships, King (Yamaha YZ250) was leading the MX2 (250cc) class and, following round three near Rotorua last weekend, he is still in contention.

Although he’s now slipped to second spot, he is only two points behind Australian visitor Daniel McCoy (Power Balance MotoGB BikesportNZ.com Suzuki) and the MX2 title will almost certainly go to one of these men on Sunday afternoon.

“It’s going to be a battle like nothing else this weekend,” said King.

“I grew up on the Barrett Road circuit, so it’s my home track and I know how it needs to be ridden to win there. It was a surprise to be leading the championship after round two and, although I’m second now, I know I can win it on Sunday.”

King’s younger brother Damien King (Yamaha YZ250F), heavily strapped to prevent aggravating his shoulder injury, is also proving to be a solid performer. He is currently sixth in the MX2 title chase and capable of moving up this weekend.

In the 125cc and under-21 years’ classes, raced concurrently but scored separately, it has almost been a one-horse race with the youngest member of the MXDK Rockstar Yamaha Team, Waitakere’s Ethan Martens (YZ125), winning seven of the nine 125cc races thus far.

Martens needs only to keep a cool head on Sunday to bring home both titles. 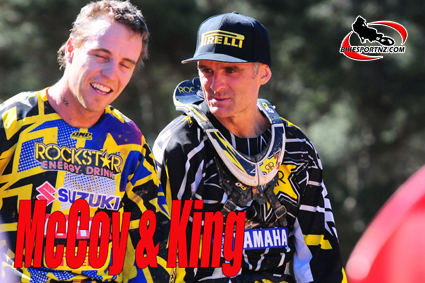